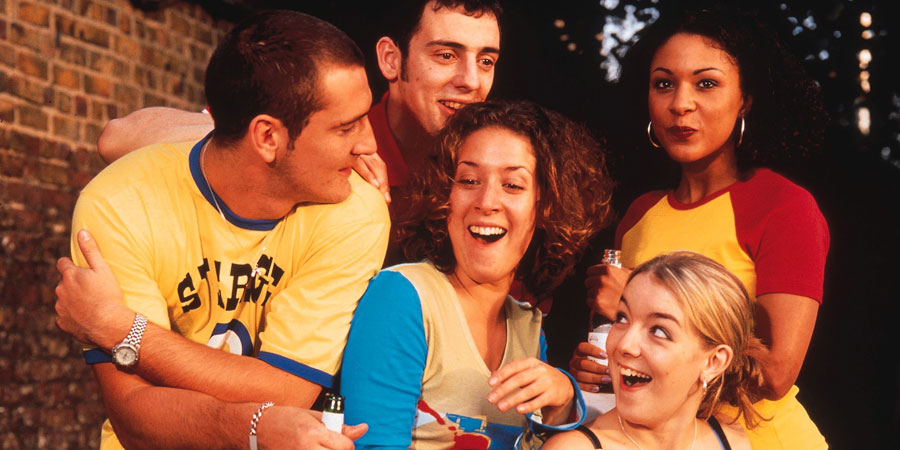 Sitcom following the lives and loves of a group of twenty-somethings in Runcorn, an industrial town in the North of England

Two Pints follows the lives and loves of five friends. In Series 1, Donna and Gaz are just starting off their relationship while Janet and Jonny seem to have a solid romance. Meanwhile, the temperamental Louise is somewhat unlucky in love. The friends meet at the local pub to chat about sex, work and life.

The show follows the couples splitting up, getting back together, getting married, having babies - and even being ripped apart by death.

At the end of each series viewers are presented with a cliff-hanger that leaves it in the air as to whether the various couples will stay together.

Numerous characters made their way in and out of Runcorn over the years. Those to leave included Janet, Donna, and Jonny. Newcomers included barman Tim, his sister Cassie, and wannabe footballer Billy.

Production company
Also known as
Soundtrack
The theme tune is called Two Pints of Lager Theme. It was created by Christian Henson and is based on a song by Splodgenessabounds.
Laugh track
Live audience