Carl's 21st birthday is on the horizon and in an attempt to raise funds he sets up his own valet service. 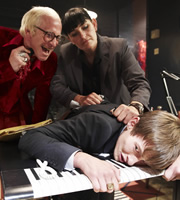 Impressed with Carl's work, Jamie offers him a job with the Maguires. Carl loves his status as a Maguire employee especially as he's able to attract Sita's attention.

Meanwhile, Kelly is furious when she discovers Shane has been filtering money from their joint account to the family business and determines to get the money back.

Avril and Mimi are becomingly neighbourly exchanging dinner invites, but Jackson manages to irritate everyone. And strapped for cash, Chesney reluctantly goes along with Mickey's idea to set up a gay hotline.