Grim footage of Frank on his stag night shocks Libby back to reality, while Frank is still completely lost in his own sci-fi odyssey. 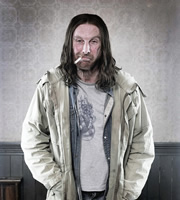 When the local school fails its Ofsted report, Shane discovers a new venture for the Maguires - school security.

Mickey's anxious when his sadistic gay pen pal Timmy is released from prison.