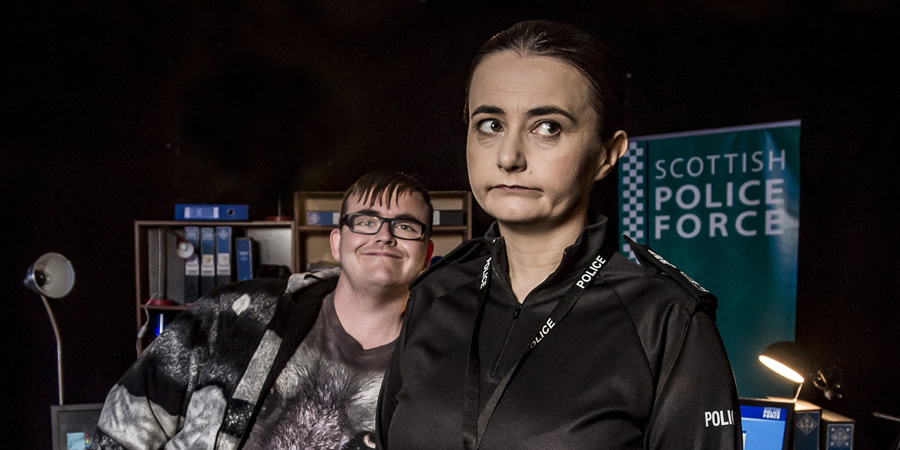 Bobby fidgets with something explosive despite Officer Karen's pleas he keeps his paws off.
Preview clips

Bams beware - the Scot Squad force is back on duty and this bunch of law enforcers have Scotland's back.

The new series of the hit spoof comedy sees an unwanted eyeful for PC Jack McLaren, a surprising faceful for Bobby and a stupefying skinful for country cop, PC Charlie McIntosh.

Scotland's favourite comic cops has some new recruits joining their ranks in the shape of DC Megan Squire and DC Andrea McGill (pictured below) - plain-clothes, plain-talking detectives who have an ear for the local lingo and an eye for law enforcement. 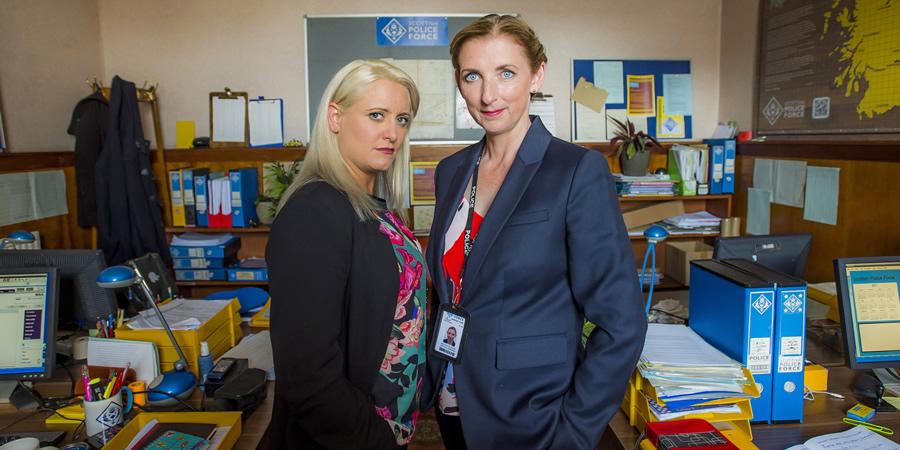 The series starts off with a bang when Bobby fidgets with something explosive despite Officer Karen's pleas he keeps his paws off; urban partners PC Jack McLaren and PC Sarah Fletcher are caught with their pants down when a nightclub inspection proves revealing; and PCs Hugh McKirdy and Surjit Singh go to discipline a mobile phone offender but find themselves taking part in a radio pop music quiz show. They may have pulled over a few chancers in their time, but they've never pulled shapes like this.

Meanwhile Chief Commissioner Miekelson takes one for the team to prove Tasers aren't as painful as they seem... with electrifying results.

PC Jack McLaren gets an unwanted eyeful during a visit to the VIP area in a local nightclub.

The Chief is tasered