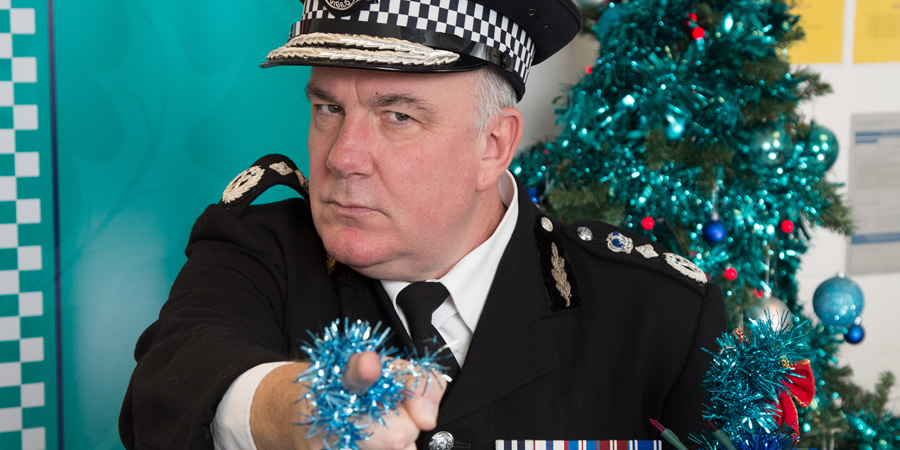 Volunteer Officer Ken Beattie attends to an old acquaintance up an alley - Jamie Lee McGurk is back. And she's got more good cheer than ever to share with her favourite hobby bobby.

PCs Singh & McKirdy share a seasonal sing-song in the cop car and do their best to bag the first arrest of the new year.

Police Chief Cameron Miekelson opens up his 'Radgevent' Calendar, shows the nation his personal season's greetings card, attends to a Christmas crisis up North and makes it his mission to celebrate every festive celebration celebrated in Scotland.

Rural duo McIntosh and Mackay encounter a kingdom of crud as they investigate the world's worst winter wonderland; Queen of Communications Maggie Le Beau draws the short straw and ends up having to work Christmas Day; and city cops Fletcher and McLaren are on the case when the party animals are all over the place.

This Premiership footballer's night is about to come to an early end thanks to the Scot Squad.

Christmas with the Scot Squad