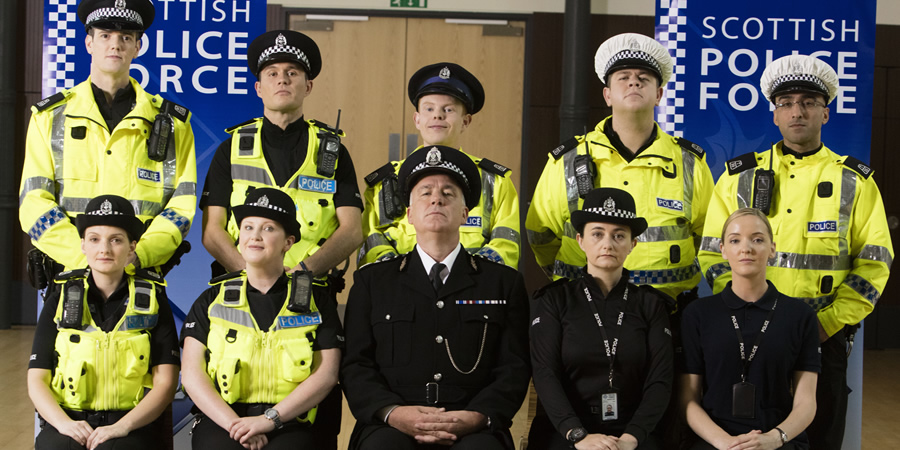 Scot Squad is a spoof of 'blue light' fly-on-the-wall reality shows like Traffic Cops. The show is part-improvised, part-scripted.

An arresting mix of comedy and crime, Scot Squad follows the adventures of the first United Scottish Police Force led by Chief Constable Cameron Miekelson (Jack Docherty) and his willing - but not always able - bunch of crime fighters.

Scotland band of 'Bravehearts' are on call 'twenty four seven' whether it's on the streets, at the end of a phone or behind a desk.

The show features in-depth interview footage with the Force's first ever Chief Constable Cameron Miekelson as he shares his philosophy on law enforcement and his hopes and dreams for the future.

Discover just how frequently certain members of the public share what they consider to be key information with their local police station desk sergeant. Get behind the wheel with traffic cops, Urquhart and Singh, as they investigate an instance of bad car parking while insisting that not all of Scotland's road problems are the fault of drunk pensioners, and much more.