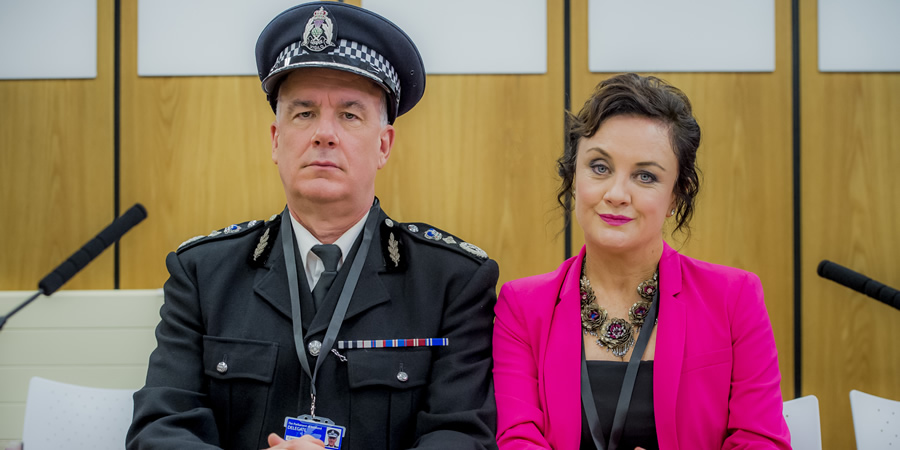 The traffic cops tackle a dodgy driver, detectives smash a smuggling operation and the Chief bravely faces up to a blast from his past with Lorraine McIntosh guest starring as his ex-wife.
Preview clip

This week, a dodgy driver catches the eye of PCs Hugh McKirdy and Surjit Singh while extreme piggy-backing is on offer from PC Jack McLaren, much to the delight of his police partner, Sarah Fletcher.

The Chief is no stranger to tricky confrontations but being on a criminal rehabilitation panel with his ex-wife, Barbara Edwards, proves unsettling and bizarrely flirtatious.

DCs Megan Squire and Andrea McGill find a sombre setting for smuggling while Bobby's confused about his democratic right to vote and, as usual, turns to Officer Karen for guidance.

Special Operations presents a whole new set of policing problems, as Sgt Ray McCoy reveals. When a very important dignitary requires a level of protection far beyond the call of duty, Ray steps in to protect his modesty and uphold the law.

PC McKirdy and PC Singh have to tackle crime while battling with budget cuts.