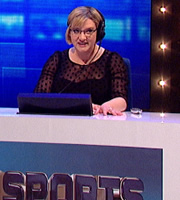 Steve Backshall, talking about his action man status, says, "There is actually going to be a doll of me next year - it's the most surreal thing ever. They scanned my head. It's a ten inch version of me."

Asked if he thinks people only watch his shows to see if he will get injured or killed, he says, "Without a doubt. The first things kids ask are, 'when was the last time you got bitten? What is the thing you were most scared of? And, what was the thing that almost killed you?' It's something that fascinates people and they desperately want to see me get munched."

Talking about once getting the "coolest job" ever, he says, "I went out to celebrate with some friends and I gave each one of them one of my new business cards. I was with this very attractive young lady and she asked me what I did for a living and I said, 'you are never going to believe this but I am Adventurer in Residence for National Geographic' and she said, 'why do you boys always have to do that? You are so pathetic, you're the fifth bloke tonight who has come up and told me that!'"

Jeff Stelling joins Sarah for a chat about football. Asked how he could convince her to like the sport he reels off a list of good-looking footballers and says, "Athletic bodies and pies."

Talking about his stint on Countdown, and one particular celebrity edition he says, "We had Gino D'Acampo on and he was very naughty. He came up with a six-letter word - minger. When I said he couldn't have it, he said, 'then I have a five letter word...'"

Sarah and Jeff present a very special version of SM Sports, with Sarah impressing him with her apparent knowledge of the beautiful game.