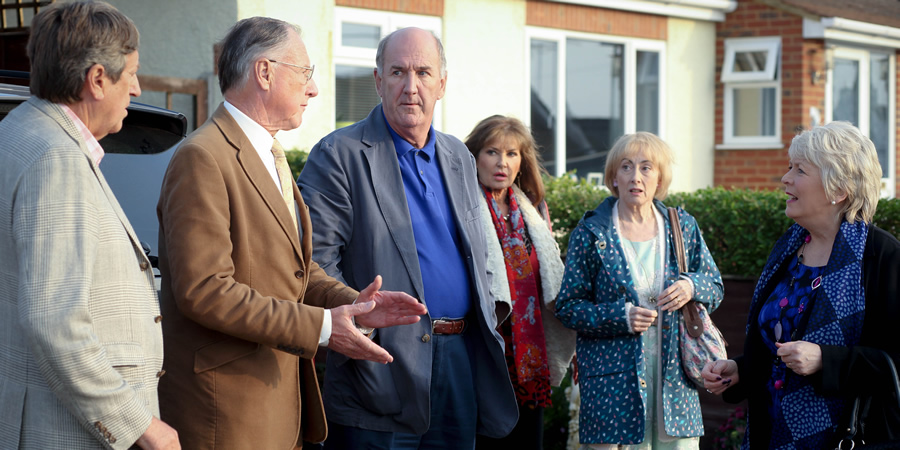 This week, Carol and Trevor celebrate their 40th wedding anniversary. With Joyce having organised a gastro-pub lunch, it looks like it could be a party to remember.
Preview clips

It's Carol and Trevor's fortieth wedding anniversary. Joyce has organised a celebratory lunch at an upmarket gastro pub. Her carefully-laid plans are thrown when Maureen turns up with her mum Joan, who, like Dr Jekyll, is very nice until she's had a drink.

Then Carol announces she has made a decision that could ruin not just this anniversary but every one to come - unless Joyce and Maureen can change her mind in time.

Maybe leave her in the car..?

John and Maureen arrive with a surprise guest in tow.

Joyce tells Alan what the day has in store... much to Alan's dismay.