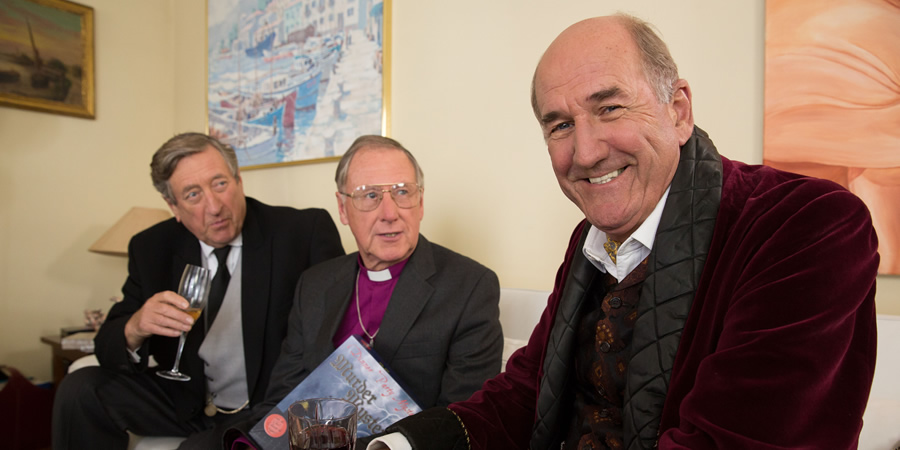 It's John's birthday and he's decided to do something different this year - a Murder Mystery Party.
Preview clip

It's John's birthday and he's decided to do something different this year - a Murder Mystery Party, where all the couples have to come in fancy dress as characters in the mystery.

Soon however there's real life mystery. Is it Maureen or her alter ego Lady Greystoke that's having an affair? Will Alan's success at re-gifting eventually come back to haunt him? Who is the exotic sounding 'Diego'? John just wants someone to take the game seriously!

It's John's birthday and he is hosting a Murder Mystery party in the guise of Lord Greystone.