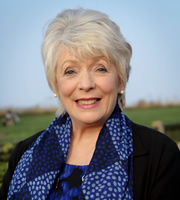 Joyce doesn't like surprises, and prefers to be in control of every aspect of hers and everybody else's life.

Married to Alan, she is a part-time receptionist at a GP surgery, nearing retirement and a keen member of the local choral society.

Joyce worries a lot about her close circle of dear friends, and when they're next going to embarrass her in public. She got on very well with her parents, always a good girl, but mum was keen for her to get married and leave home because she kept re-arranging the furniture. 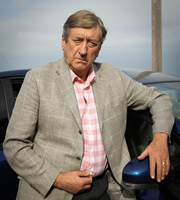 Alan is married to Joyce. He always thought retirement would mean more time to spend socialising with his wife and their friends. Unfortunately he turned out to be right.

He's a bit of a misery, careful with his money - because, as he rightly points out, he doesn't earn any - but underneath it all, his heart's in the right place. 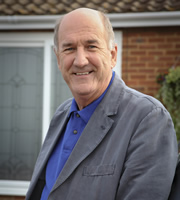 John's an ex-plumber, a practical man, organised and sorted.

He finds life pretty straightforward and doesn't understand people who don't. He's got a big heart and he'll always try and see things from other people's point of view. It doesn't often work, but he'll give it a go.

He's secretary of the Boat Club, does some driving for the local care home occasionally and the odd bit of plumbing for friends. He's married to Maureen. 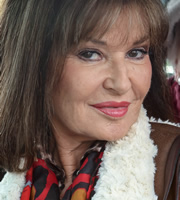 Maureen lives life to the full with John.

She's a little bit ageist, in that she doesn't enjoy mixing with old people... She is impulsive, says what's on her mind without too much thought for the consequences.

She prides herself on being a bubbly personality, not giving in to the ageing process, and on still having a great body.

She used to look after John's diary at his plumbing firm. She enjoys New Age healing, homeopathy and jewellery making. 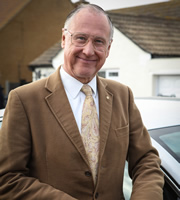 Trevor's a creature of routine. He likes to know exactly what's going to happen, otherwise he gets edgy. As a result he's become very concerned with being able to manage and control life's variables - traffic, which banks offer the best interest rates etc.

He sees himself as easy-going, sociable, sharp and quick-witted. He's a member of lots of clubs and societies and gets on great with everyone.

He doesn't seem to have collected many friends along the way but puts that down to everyone being so busy these days, there just isn't much time for socialising.

Trevor feels he is coming into his prime; as John says, he was born to be retired... 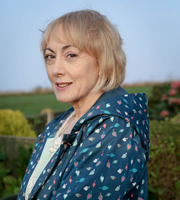 Carol is married to Trevor. She is a carer who spent a lot of time looking after other people. She is very straightforward, friendly and chatty, wears her heart on her sleeve and will always say what's on her mind.

Naturally unadventurous and timid, but now she's faced with a long retirement listening to Trevor's anecdotes, she's decided she wants to get a little bit more out of life.

She's also very literal-minded - John once convinced her that wind turbines were giant fans used to cool everyone down when it gets too hot. 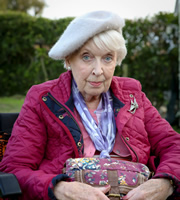 Joan is Maureen's mother. She is not afraid to impose herself and her wheelchair on the younger generation and will always tag along whenever possible.

Joan has reached an age where she's not afraid to drink heavily in public and give her opinions without being asked. She was happiest as a black marketeer after the war - the money was good.