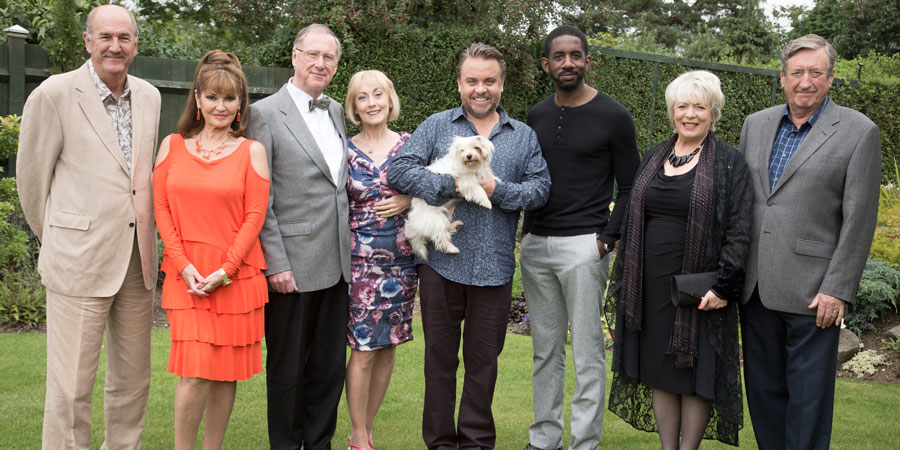 New couple Matt and Seb are having a housewarming party. John's keeping a low profile as he thinks he's catnip to gay men and Trevor's got performance anxiety as his and Carol's period of sexual lent draws to a close.
Preview clip

Alan's in mid loft clear-out, having hired a skip for the purpose, when new couple Matt and Seb pop by to invite them to their housewarming party that night. The party is in full flow when the gang arrive.

John - having confessed to Alan that he's catnip to gay men - instead immediately attracts the attentions of Matt and Seb's dog Becks. Carol's keen to leave early as she and Trevor are coming to the end of a period of sexual lent, which has raised Trevor's anxiety levels. Maureen's just excited to be at a 'real gay party' - she used to be a regular at all the clubs back in the day - but Joyce has told her to keep a lid on it, as she doesn't want anyone thinking they're old fogies.

Meanwhile, Alan's spotted one of Joyce's old bedside tables that he had recently thrown out and thinks his hosts have stolen it, which they deny. Unconvinced, Alan tells John he's going to steal it back and enlists his help.

The gang are on their way to their new neighbours housewarming party.