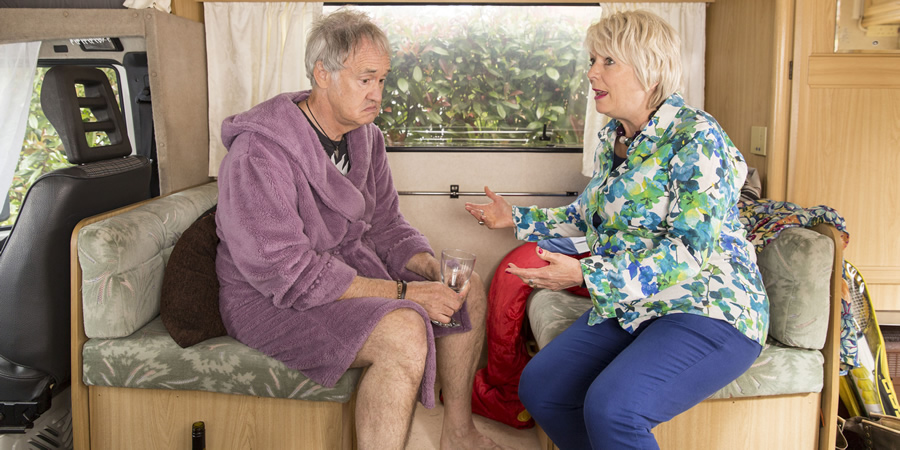 Mick returns from his Spanish paradise minus his young Russian wife and has a surprise in store for Joyce.
Preview clip

A newly single Mick (Nigel Planer) returns and causes chaos at the local fete that Carol has organised. John looks to spice up his and Maureen's relationship with surprising results, and Trevor tries to be all things to all people.

Alan's got a new job but he's not sure it's for him and Joyce and Mick share a surprising moment. But will anyone believe her when she tells them what happened?

Fearing Mick is about to reveal their kiss, Joyce gets in first to admit all to Alan.