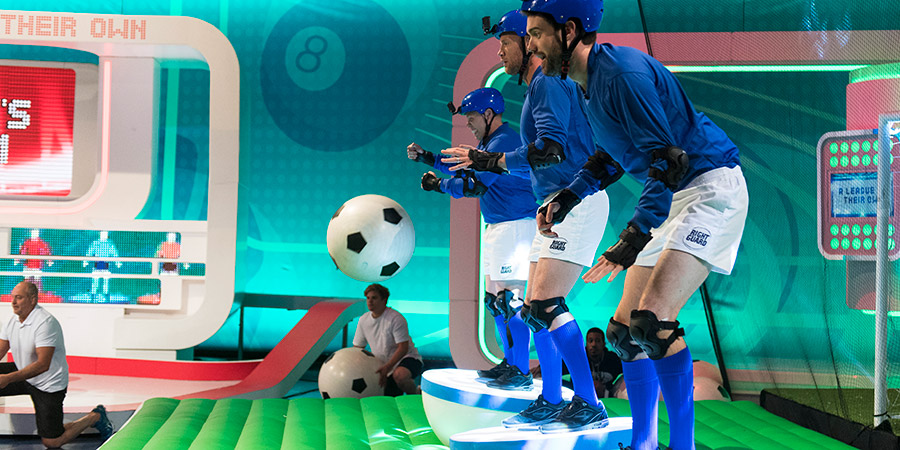 In the opening episode, the boys are joined by England and Tottenham Hotspur superstar Dele Alli, funnyman Stephen Mangan and comedian Rob Beckett.

Things get dicey as the teams go head to head on a banger racing track before Jamie and Dele bid to break a record set by the most expensive footballer in the world, Neymar.

However, it's the final challenge that really gets the knees knocking. During a test of pure bottle, Jamie and Freddie find themselves 15 metres above the studio floor and challenged to leap between two moving platforms. And, if that's not nerve-jangling enough, afterwards, they're forced to sing out the show with the cast of smash hit musical, Mamma Mia.