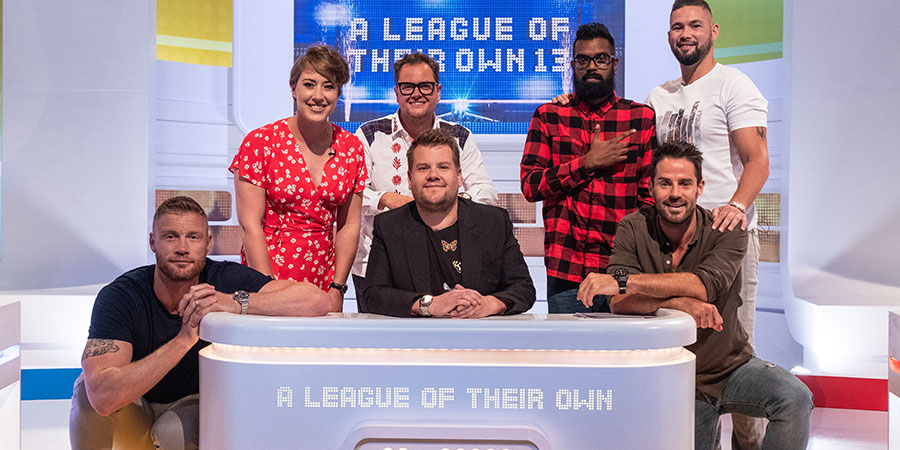 For the first episode in the new series, Tony Bellew, Lizzy Yarnold and Alan Carr join the teams.

Jack Whitehall may have called time on six years of A League Of Their Own laughs, but Sky One has got a super sub in store. Funnyman Romesh Ranganathan steps up to the spot, joining the James, Jamie and Freddie dream team for the 13th innings of the hit show. Alongside him on his debut are boxer and die-hard Toffees fan Tony Bellew, skeleton champ Lizzy Yarnold and comedian Alan Carr. And there's mayhem from the off as challenges involve "gravy wrestling" and a rather slippery slide.