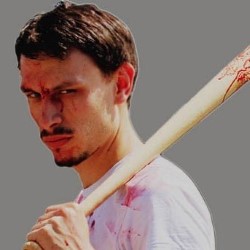 Following in the footsteps of his two previous sell-out shows Cheese and Crack Whores and Breaking Gadd, Richard's third installment of the trilogy sees him transport his dark and self-deprecating brand of humour back to the fringe for another inventive, daring and disturbing show, directed once again by two-time Perrier Award winning director, Gary Reich[/l] (Noble & Silver; 2000, Laura Solon; 2005).

Richard's previous two shows received Scottish Comedy Award 'Best Show' nominations in 2013 and 2014 and both transferred to the Soho Theatre in London after receiving rave reviews, packed audiences, critical acclaim and a Skinny 'Fringe Genius' Award for Innovation and Originality in 2014.

Richard was a finalist at the Chortle Student Comedy Awards 2011 and the Amused Moose Laugh Off Scottish Comedian of the Year 2011, as well as winning the Laughing Penguin New Act of the Year Award 2011.

Tripped is set to air on E4 this September (Richard stars alongside Blake Harrison) and he is also working with Channel 4 on his own sitcom based on the characters and stories in his previous two shows. Richard has other television projects in development and his self-penned BBC Worldwide mini-series Raymond Monks is out later this year following the story of an alcoholic Oxford dropout who has recently landed a job teaching at the roughest college in Glasgow. Other TV and radio credits include: Comedy Marathon (BBC Three), Homeboys (BBC1), The Imran Yusuf Show (BBC Three), Scot Squad (BBC One), Can You Hear Me at the Back? (BBC Radio Scotland), and Funny Turns 2010 (BBC Radio One).