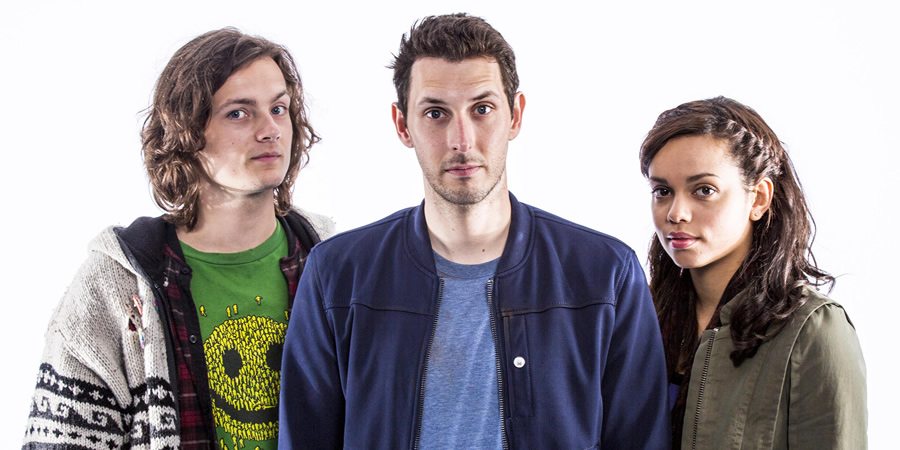 Comedy drama set amidst parallel universes, starring Blake Harrison and George Webster as a pair of friends trying to get home

Danny is an average 24-year-old who has been friends with stoner Milo since they were kids. But then Danny decides it's time to grow up, settle down and marry long-term girlfriend Kate, whereas Milo continues to focus on getting high.

One night Milo takes a particularly strong batch of hallucinogens, and Danny appears in his living room - except the real Danny's at his engagement party, and the real Danny doesn't normally carry a sword! This Danny claims to come from another dimension, and he brings a warning - the only problem is that Milo's too wrecked to remember what it is.

Throughout the series Danny and Milo find themselves tripping to various parallel universes where they encounter different versions of themselves, all the time being chased by a dangerous assassin. Will Danny and Milo's friendship survive their adventure in the multiverse, and will Danny manage to return to his reality and get married to his original Kate?