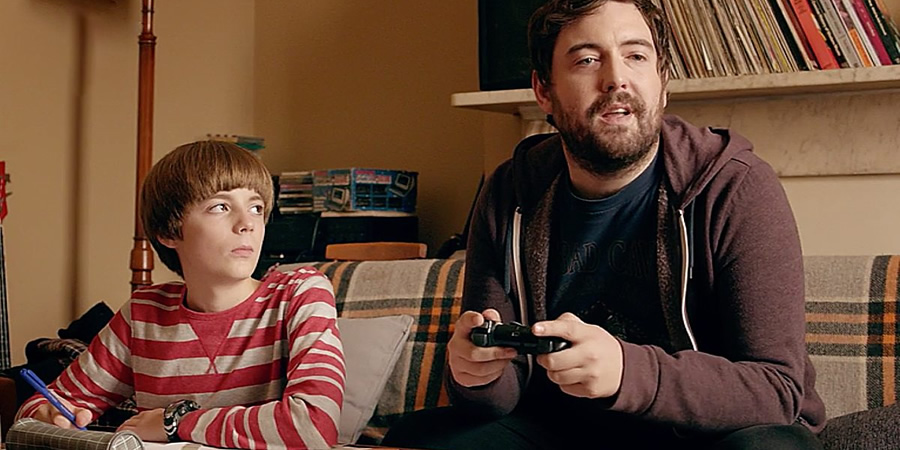 Andy and Errol are offered the opportunity of a lifetime, to sign with Rage Records.
Preview clips

With Sam and Ben's custody battle looming large, Andy and Errol are offered the opportunity of a lifetime, to sign with Rage Records and infamous music producer, Mo Kahn. Little does Andy know Mo's only interested in the kid and Errol hasn't worked out how to break the bad news.

While Sam is away on a tree-hugging retreat, Errol and Andy are invited to industry party. Will Errol have to choose between the love of his uncle and being a famous pop star? And when a series of seemingly innocuous events puts Errol in mortal danger and the whole custody case in dire jeopardy, can irresponsible screw-up Andy finally make it right?

How could you say no to this face?

Andy wants to win Shelly back, but it may have to wait until after the weekend.

A meeting with Rage Records

Andy and Errol have an important meeting at a record label. Will they impress everyone?

Andy is now finally famous... or so he thinks.