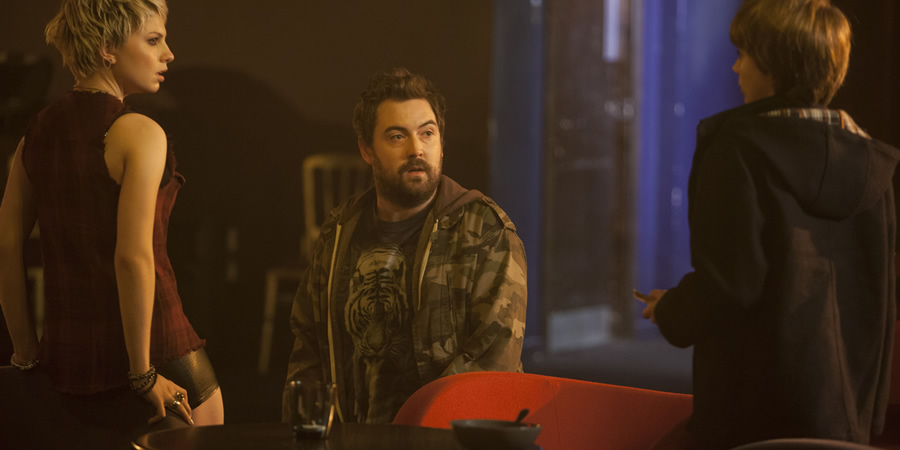 Andy tries to get back with Gwen by entering a battle of the bands. Only problem, he doesn't have a band. When Andy tries to turn Errol into a ladies' man, things are bound to get complicated...
Preview clips

Sam is mortified when Errol catches her in an embarrassing position, while Andy is horrified when Val Pearson catches him spying outside his club.

Andy holds auditions for his new band so he can enter the Battle of the Bands competition at Val's club, meaning he can spend quality time with Gwen.

Errol's acting weird and it has something to do with a girl. When the guys learn of their mutual woes, they join forces to help each other out.

Errol and Andy have a man to man chat about the opposite sex, and Sam goes on a string of disastrous dates.

Andy escorts Errol when he takes Ruby on a date, and bumps into Melodie.

Andy recruits a surprise new band member and they play at Battle of the Bands.

Errol and Andy have a man to man chat about the opposite sex.

Andy and Errol sing a song about love.