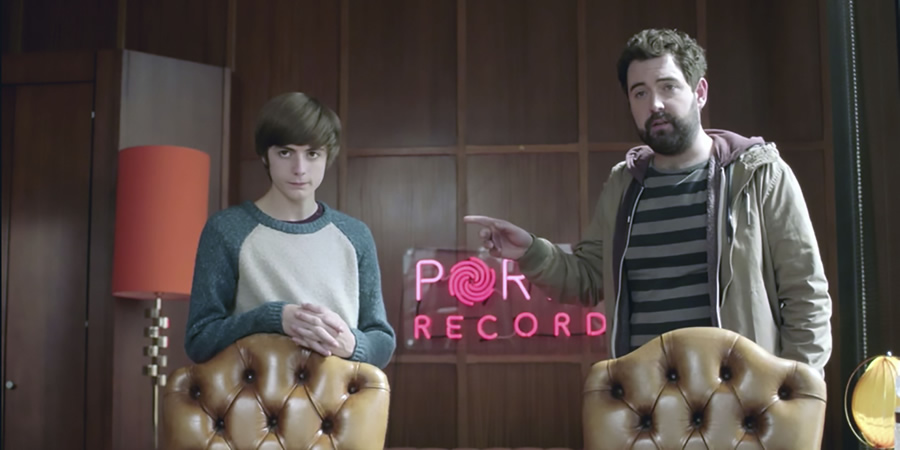 Andy's gathering a measure of success as a music producer. For the first time, he has to think about real decisions.
Preview clips

It's been four years since man-child Andy forged an unlikely alliance with nerdy nephew Errol. Suicidal and irresponsible, Andy cared only about having lost his girlfriend, and only looked after Errol after being blackmailed into it by chaotic sister Sam. But a lot's changed since then...

When we re-join them for Series 3, it's eighteen months since Andy found out that he was going to be a father, and the baby he's never met is haunting his nightmares. But is he ready to be a dad? And why do people count baby ages in months anyway?

Andy's living in the basement of Sam and Bruce's new home, depressed over how things ended with Melodie. As he tries to work up the nerve to confront Teresa about their child, he's distracted by an offer from a record company executive that puts his artistic integrity to the test and makes him think about what really matters. When Andy's offered the chance to write for a boyband, he has to decide whether financial security is more important to him than artistic integrity, especially when he has a kid in the wings.

Errol, meanwhile, is having Daddy issues of his own, unable to accept Bruce as the man of the house. This is causing Sam a headache, on top of the fact that Bruce is subtly hinting to her that he wants a baby.

Andy heads into a dreamworld.

An interview gets awkward for Andy.