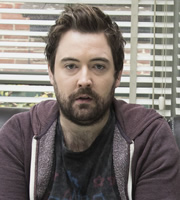 Andy isn't a great human. He is lazy, messy and has no direction in his life. He thinks he's a musician, but the only paid work he's had is writing a jingle for an advert.

The series starts with Andy thinking of ending his life, following a split with his girlfriend Gwen... however when his sister asks him to look after his nephew his outlook on life starts to change. 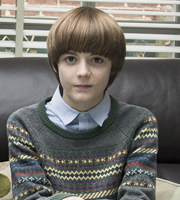 Errol is slightly nerdy and not one of the popular kids at school. He's got allergies and is naive about life...

Andy makes it his mission to try and teach Errol a few things - like how to chat to girls, and how to have a party. 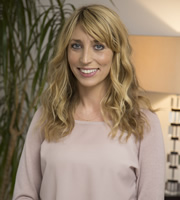 Sam is Andy's hard-working sister, and the mother of Errol.

She is looking to date again and also trying to organise a divorce, which means Errol must spend more time with Andy. 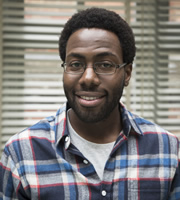 Andy first meets Bruce, a father of Tiffany, at a football match and the two bond over a spliff. They soon become friends as they find themselves at the same events chaperoning the kids.

Bruce's partner was cheating on him... in took him a while to accept this.

In Series 2, Bruce has separated from his partner. It looks like he could now be going out with Sam though! 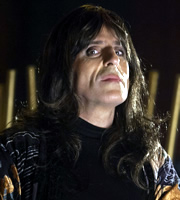 Val is Gwen's father. He has never liked Andy and doesn't hide the fact when the two cross paths.

Val is a transsexual and runs a gay strip joint which his daughter works at on the bar. 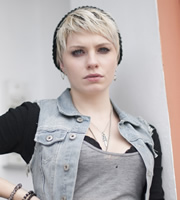 Gwen was Andy's girlfriend. She considers their relationship totally over, and she's now in a new relationship with a guy called Casper... but Andy thinks he can win her back and goes to extreme lengths to try and do just that. 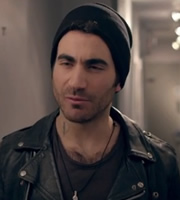 Casper is Gwen's moody current boyfriend. They have a very passionate volatile relationship.

It's no surprise that Andy and Casper don't get on.

Casper plays the bass guitar, a skill Andy has to call upon when he wants to make a musical track. 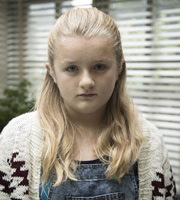 Bruce thinks his daughter Tiffany is a little angel... everyone else notices that she's actually quite a well build girl who is better at football than most of the boys. She demonstrates she's quite good at punching too.

Whilst Tiffany has a hard exterior, she has a soft interior... it becomes obvious that she really likes Errol. 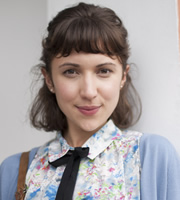 Melodie is Errol's teacher. She is cute but shy. She lives at home alone with her cats... it takes Andy a while to realise that she'd make a good date, but he always seems to get his words mixed up when around her.

In Series 2, Melodie is dating a fellow teacher... Andy is obviously gutted about this, but is trying to hide these feelings from others. 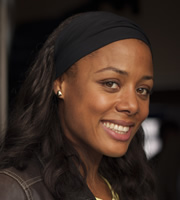 Shelly likes Andy and it isn't long before they share a night together (even though Andy was so drunk he can't remember anything). Shelly now has Andy's t-shirt as a result.

Is she his girlfriend or not?... she's not sure, and nor is Andy.

Shelly is no longer in the picture in Series 2... Andy is concentrating his efforts other women. 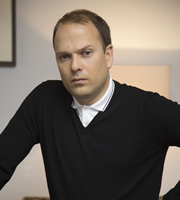 Ben is Errol's dad, and he is fighting Sam for custody of him as part of the messy divorce. Ben is not a very nice man, as he demonstrates when he makes Andy kiss his feet as part of a humiliating grovel.