There's nowhere to hide when Ruth accidentally interrupts what appears to be a romantic date between Rob and Melissa.
Preview clip 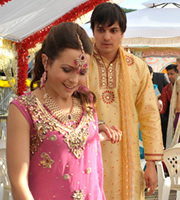 After the disastrous school reunion, Stella tries to forget her drunken misdemeanours and keep out of trouble by working at the undertakers, but there's nowhere to hide when she accidentally interrupts what appears to be a romantic date between Rob and Melissa.

Alan has a nasty run-in with his ex-wife too, having learnt the rugby club is falling into the hands of a property development company. Never defeated, he's planning a counter-attack, albeit an ambitious one...

Elsewhere, Paula and Dai's bumpy break-up takes an unexpected turn with the unhappy couple swapping traits - while Dai develops an unhealthy attachment to booze, his wife samples life as a sober singleton. (Mis)Guided by Peschman's spiritual teaching, Paula aspires to be a more generous person and offers to babysit Emma's son, only to fall off the wagon - well, the bus - and lose little Abrha on the way to his naming ceremony.

Without the baby, there might not be much of a bash, but Jagadeesh's rendition of It's Not Unusual, plus the unexpected arrival of Luke's new foe, Lenny, really kick off the party.

Alan thinks he has spotted some talent scouts.