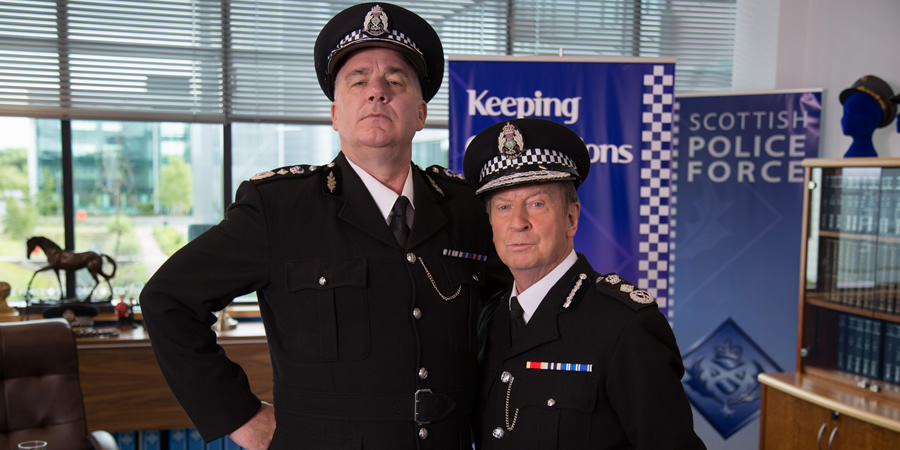 Chief Miekelson has a spirited reunion with retired police Chief, Sir Neville Archibald over a boozy lunch. Sir Neville selects the swankiest of eateries for an elongated procedural discussion where he's left to foot the extortionate bill and nurse a sizeable hangover.

The local cop shop becomes a hotbed of political activity as Officer Karen encounters an unstoppable force of tartan passion, leaving Bobby to save the day.

In the city centre, Volunteer Officer Ken Beattie gets his feathers in a flap when he takes part in the 'Night Owl' crime initiative and ends up giving medical, not police, support.

At Comms HQ, there's a promotion for Maggie Le Beau, but the new call-centre team leader soon discovers a breakdown in communication when the power goes to her head.

Out in the sticks, rural officers Charlie McIntosh and Jane Mackay demonstrate the long arm and the even longer legs of the law as they bust a gut in hot pursuit in the great outdoors.

And in the suburbs, urban cops PC Jack McLaren and PC Sarah Fletcher deal with a dummy in debt who won't pay his gas bill.

Killer hangover and no underwear, it's a bad day for the Scot Squad's PC Hugh McKirdy.