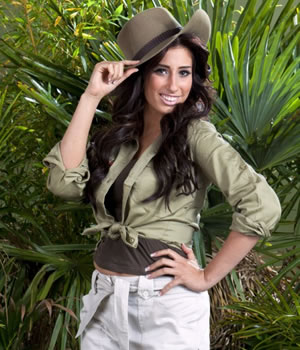 Singer Stacey Solomon, who found fame via ITV's X Factor talent search show, has reportedly been signed up to star in a sitcom pilot based on her life.

The currently un-named ITV project is rumoured to be similar in style to hit American sitcom Curb Your Enthusiasm - a fictional show, but based on her general life story and character traits of its real-life star.

The Sun reports that Princess Productions is currently working on a pilot for the show, with impressionists Phil Cornwell (Dead Ringers) and Ronni Ancona (The Big Impression) playing Solomon's parents.

A source told the paper: "There's a lot of excitement about this project. It's not just another reality TV show, there's a brilliant production team behind it. There's strong interest from ITV."

Rob Colley and Dan Gaster - experienced gag writers who work together on The Graham Norton Show and supply jokes to many of the UK's top panel shows - have written the comedy.

ITV are currently looking for new comedy projects, having decided to invest in finding a hit sitcom to accompany Benidorm. Other shows in the works for ITV1 include The Job Lot, Caroline Aherne's The Security Men and Dom Joly's Fool Britannia.

Solomon, who is releasing her debut album in the autumn, is no stranger to British comedy shows, having previously been booked as a guest on programmes including Celebrity Juice, 10 O'Clock Live, Odd One In, A League Of Their Own and Chris Moyles Quiz Night.

She has also co-presented ITV game show Sing If You Can alongside Keith Lemon, and appeared on Celebrity Mastermind with The Inbetweeners as her specialist subject. The Essex-based singer has been an easy target for impressionists in the past due to her bubbly but 'ditzy' personality. Here's a clip from The Impressions Show: