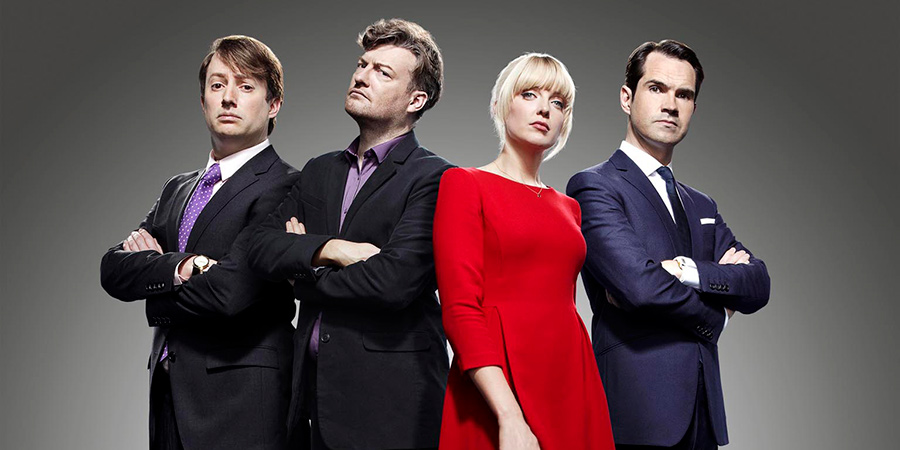 Following the success of Channel 4's Alternative Election Night in 2010, Channel 4 ordered this topical comedy show from the same team.

Each presenter has their own section, and all four come together for some parts of the show:

Jimmy Carr delivers gags at the start of the show (and, in the first two series, performed sketches too).

Charlie Brooker takes an acerbic and cynical look at the week's media coverage with the help of video clips.

Meanwhile, Lauren Laverne chairs the team's round-table discussions on the big topics of the week. In Series 2 she also challenged viewers to think differently about topics in pre-prepared pieces.

The first series, broadcast in early 2011, took place on Thursday nights almost directly opposite the BBC's Question Time. Series 2 moved to Wednesdays, with tweaks to the format allowing each feature to be given more airtime. Series 3 stayed on Wednesdays, with further sections cut to allow for more time for the interviews and round table discussions.