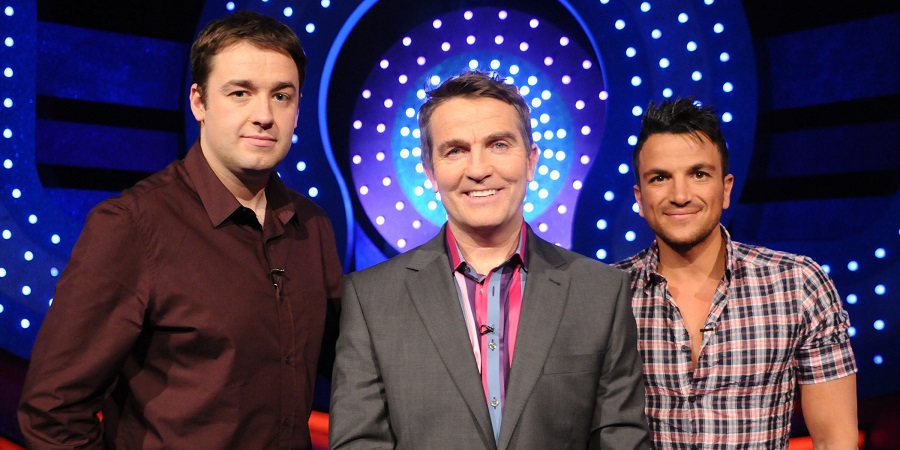 Peter Andre and Jason Manford team up for ITV1's comedy game show Odd One In, hosted by Bradley Walsh.

Odd One In sees two celebrity teams go head to head to pick the person who has a unique skill or secret in a series of weird and wonderful line ups.

Each week, Bradley challenges Peter and Jason, on the Home Team and a different celebrity duo to battle it out and guess the various 'Odd One Ins'.

But how will the teams fare when they are faced with line ups which includes a man who claims to have wed a tropical plant? and a piglet, a teenager and 94 year old women who all claim to be a real gilder pilot?

Both Jason and Peter's Home Team and the opposing celebrity Away Team ask series of questions to try and determine who in each line up has the odd skill, talent or secret.

During Series 1, members of the live studio audience played along throughout the show. The audience member with the most correct answers in the shortest time joins Bradley for a final line up and a chance to win a £5,000 cash prize.