Comedy drama telling the story of four hapless security guards in a shopping centre whose normally mundane routine is thrown into chaos when a robbery threatens to expose their idleness.

With boss Kenneth on his break, Jimmy, Duckers and Ray seize the opportunity to switch the alarms off and enter an electrical store to watch the big boxing match in HD with surround sound.

Caught red-handed, the trio persuade a reluctant Kenneth to let them watch the fight until the end. Their high energy and laughs soon become despair when they turn the alarms back on and discover, to their horror, a jewellers in the centre has been broken into.

The Security Men observes as Kenneth, Jimmy, Duckers and Ray must create an elaborate scheme in a bid to hold onto their posts. 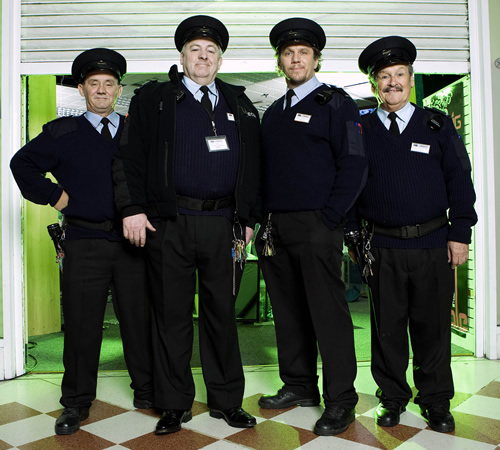