The Big Fat Quiz Of The 80s 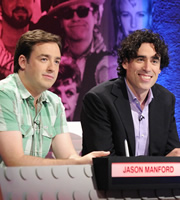 An irreverent look back at the almost unrecognisable decade of the 1980s when the Tories were in power, the whole world tuned in to watch a Royal wedding and it looked like a war in the Falklands was inevitable.

Who sang while the Berlin Wall fell? What was the Hand of God? And who were the Brat Pack?

Whether you know some of the answers, or are totally clueless, join Jonathan Ross, Adam Buxton, Jason Manford, Stephen Mangan, Micky Flanagan and Carol Vorderman - with appearances from Michael Fish, Su Pollard, John Craven and many more - as the teams compete to decide who can remember the most about the 1980s. 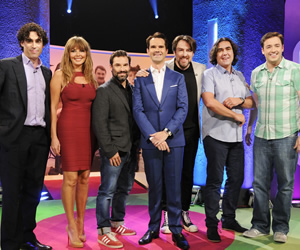