The Big Fat Quiz Of The 90s 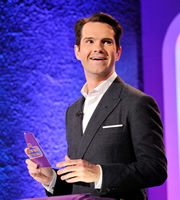 Jimmy Carr hosts the second of three special editions of the Big Fat Quiz series, and if the 90s taught us anything it was how to delete our internet history! But why did we stop eating burgers? How did Magic Eye work? And who were Papa and Nicole?