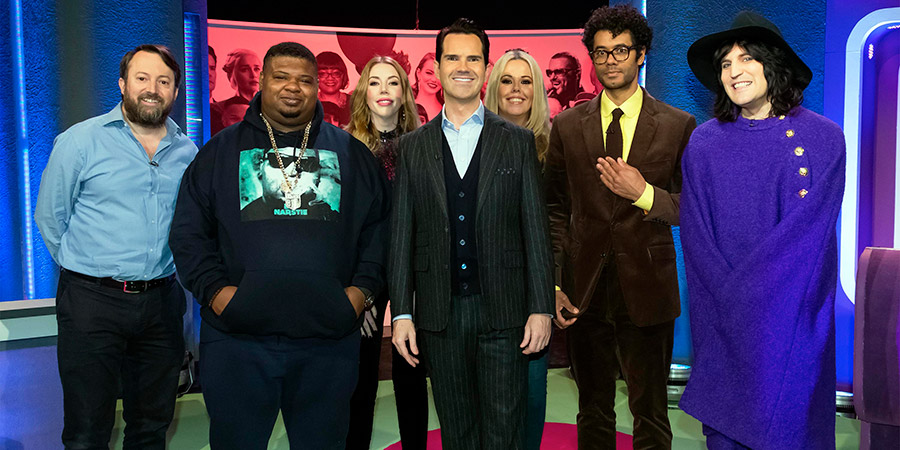 To celebrate the dawn of another year, Jimmy Carr puts a panel of top celebrity teams to test as he presents his big, fat and fiendishly difficult quiz on all the goings on from 2017. This year's players are Richard Ayoade, Noel Fielding, David Mitchell, Big Narstie, Katherine Ryan and Roisin Conaty.
Preview clip

2017 is almost over, so what better way to make sense of the past 12 months than via the Big Fat Quiz Of The Year?

What calamities befell Theresa May during her conference speech? Who were Taylor Swift's unlikely musical collaborators? And how did Brenda speak for the whole nation? Quizmaster Jimmy Carr tests a panel of A-list celebrities including Richard Ayoade, Noel Fielding, David Mitchell, Big Narstie, Katherine Ryan and Roisin Conaty to see how closely they've been paying attention to the last year.

A host of celebrity question setters, including Charles Dance and Jon Snow, also help to test the nation on 2017's most memorable moments. So sit back, pour yourself a nice hot mug of covfefe, and say farewell to another memorable year with the ultimate pub quiz.