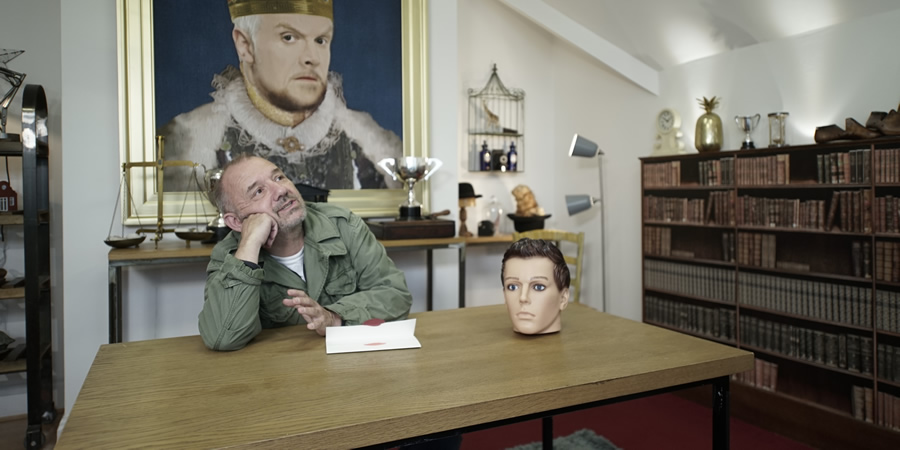 Prize task: Thing that causes them the most embarrassment.

* Josh Widdicombe: A DVD of his appearance on This Week. - 5
* Katherine Ryan: A school history film project she did with sister, where she filmed her sister dressed as Hitler. - 4
* Rob Beckett: A pair of silk underpants with elephants on them, which he purchased after he shat himself at an airport during his honeymoon. - 3
* Bob Mortimer: A drawing of dog poo drawn by his then five-year-old son. - 2
* Noel Fielding: A photo of himself as a child holidaying in Florida. - 1

Task 3: Perform a miracle. Most miraculous wins. You have one hour. Your time starts now.

* Josh: Making a match move seemingly of its own accord. - 5
* Katherine: Performs several miracles - levitating wine, turning water into wine, giving £100 to a random stranger, and getting a plumber to the Taskmaster house in 28 minutes. - 5
* Bob: Throws a ping pong ball onto his face which sticks to his, then lights a dummy head on fire which suddenly moves, with Bob claiming we can now skateboard without causing a rumpus. - 4
* Noel: Dresses as a lizard and runs across a paddling pool. - 4
* Rob: Orders 100 pizzas. - 1

Live task: Write down a word beginning with "T" every time Alex blows his whistle. The person with the second-longest word takes a step down. Whoever writes the longest word misses a turn. If you write down one of Alex's special words you advance an extra step. First to reach the floor wins.

Noel Fielding walks on water as a lizard

Is this a miracle? We thought it was!

Blow Something Off The Table

The contestants must blow something big off the table.

Throw a Ball In The Bath

This is a tricky task...

Bob talks about the time he was genuinely the most embarrassed.