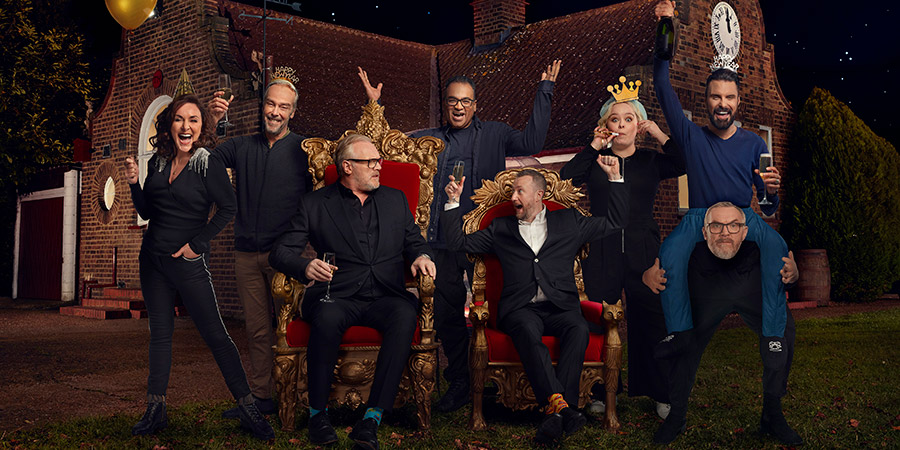 Prize task: The best thing to bring to a party.

Task 2: Sculpt the scene on the other side of this wall. Most accurate sculpture wins. You have 15 minutes. Your time starts now.

Task 3: Build the lightest tower on this set of scales. You may not move the scales or tape anything to them, and you may not tamper with or block the fan. The fan will be on for one minute every other minute. At the end of ten minutes, your tower must be taller than a wolf and stand by itself for ten seconds. Lightest tower wins. Your time starts now. [Rule only for Rylan: Also, every time Alex rings his little bell, you have to pretend you've had a brilliant idea.]

Live task, Part 2: Strike the most balls into the bath with your object. If any of your balls touch the Taskmaster you lose one actual point. You have one minute.