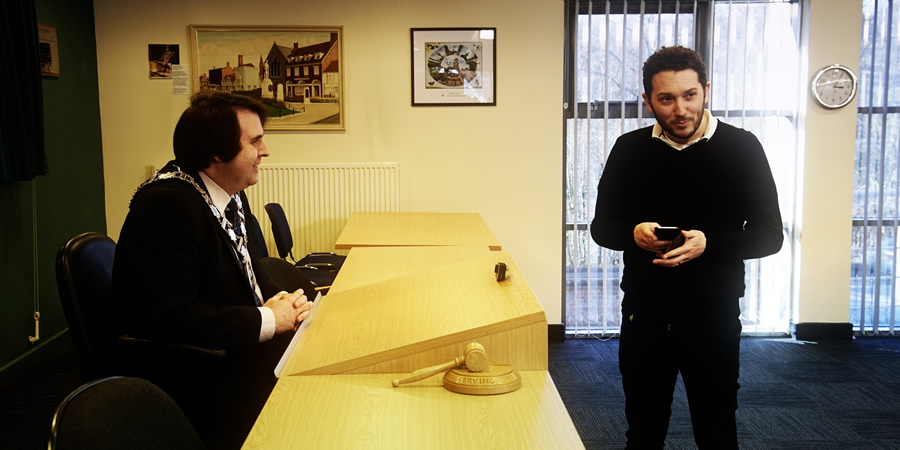 In one of the most difficult challenges of the competition, the rivals find themselves confronted with an intimidating man in gold chains: The Mayor of Chesham.
Preview clip

Task 1: Impress this mayor. You have a maximum of 20 minutes. Your time starts now.

Task 2: Make the most unexpected silhouette on this screen. You have 30 minutes. Your time starts now.

* Richard: Won £250 by betting his £20 on the darts, and gave the money in Greg's name to the charity Child's Eye. - 5
* Katherine: A lordship, making the Taskmaster "Lord Greg Davies". - 4
* Doc: A cricket bat and helmet, in tribute to a game Greg used to play as a child called "Mad Helmet Murderer", where Greg's sister wore the helmet, then Greg and his friend would jump out and hit her with the bats. - 3
* Joe: A pair of antique water skis. - 2
* Jon: The Geeky Chef Cook Book and 701 penny sweets. - 1

Live task: Throw the rabbits into your hat. The person with the most rabbits in their hat after 100 seconds wins. The belts must stay tied around the wrists.