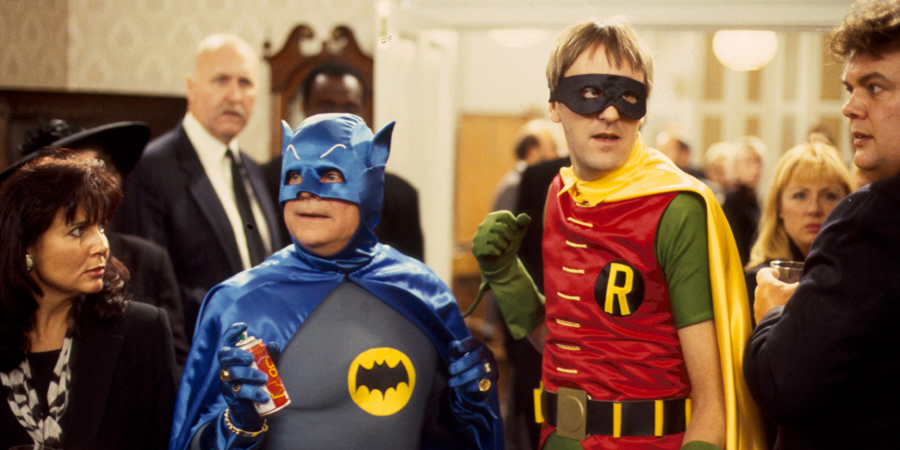 Only on the streets of Peckham will you find No VAT Man and Boy Plonker. Del is stuck with 125 Latvian radio alarm clocks that go off when they like, a box full of base ball caps "that even East 17 fans wouldn't wear" and the council have turned down his application for a home improvements grant.

Rodney's fertility schedule is wearing him down. Such is Cassandra's need to have a baby, he buys her a rabbit, Roger, to care for until a little one arrives.

Del has a shipment of Latvian alarm clocks he can't shift and his home improvement grant has been rejected.

It's Rodders' birthday, and Del buys him a cheap gold bracelet inscribed 'Rooney'. Finding themselves on a rare boys night out, they dress up as Batman and Robin for a fancy dress party held for a local publican. En route, they prevent Councillor Murray from being mugged.

They arrive at the party, to discover it's actually a wake, and that 'fancy dress' meant 'dress well'.

The following day Del is awarded a bravery medal for tackling another mugger, and Cassandra has good news: She's pregnant.