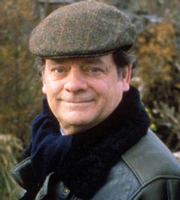 Derek Trotter - Del Boy to his friends (and enemies) - is a loveable rogue and dodgy market trader. In the 1980s and early 1990s he and his brother worked their socks off trying to make some easy money with the help of their yellow 3 wheeled van and a suitcase, but none of their deals amounted to anything.

However, Del's luck changed in 1996 when an antique watch hidden in his garage made him an overnight millionaire. He lived the high life for 5 years before losing it all in 2001 due to a stock market crash.

Del thinks of himself as very cultured but doesn't realise that his pretentious cocktails and misunderstood French phrases don't quite make him a connoisseur. 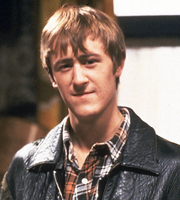 Tall and thin Rodney (or "Rodders" as Del calls him) is Derek's brother. Rodney looks upon his brothers dodgy dealings with an air of pessimism, usually well-founded, yet he always somehow ends up getting involved. Academically, Rodney is much brighter than Del but he lacks his elder brother's street-smart, blinding confidence and self-assurance.

His romantic life has never been very stable, largely thanks to Del. He eventually married girlfriend Cassandra, but a trial separation, miscarriage and her high-stress job caused plenty of arguments between the pair. 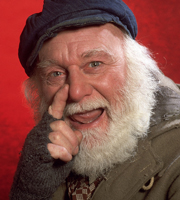 Uncle Albert is taken in by Del and Rodney after Grandad's funeral, when it becomes apparent he has nowhere to live. Albert's an old sea dog, seemingly with a Navy tale to suit every occasion - much to Del and Rodney's annoyance. Some of his tales are a little suspect in the truth department too!

Uncle Albert is often more of a hindrance than help to Del, but his heart's in the right place. 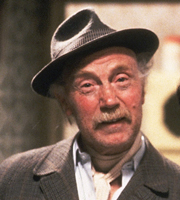 Del and Rodney's paternal grandfather, Grandad is described in the first ever episode as an "out of work lamplighter, hoping that gas'll make a comeback".

The original third member of the TIT gang, he's an indolent, scruffy man constantly moaning about his lot in life. Despite giving off the aura of not being the smartest card in the deck, Grandad could be extremely crafty if required.

Having trained as a chef at one of London's largest venues (the Ear, Nose and Throat Hospital), Del and Rodders' stomachs were the main beneficiaries when Grandad passed away. 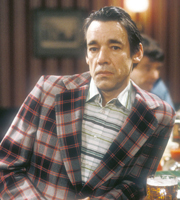 Trigger is an old school friend of Del's, and is probably one of the simplest people ever. A roadsweeper by trade, he holds just one qualification: a Grade 3 Cycling Proficiency Diploma.

Trig is constantly providing the boys with laughs and causing them to sigh in despair because of the dopey things he says. For some unknown reason, Trig believes Rodney to be called 'Dave' - no amount of correction will get through to him! 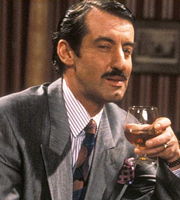 Wealthy Boycie is the local second hand car dealer. He's extremely arrogant, a scrooge and a complete snob; no surprise, therefore, that he's the but of many of the pub regulars' jokes. Despite this he is still regarded as "one of the boys", and one of Del's best mates.

Despite appearances, and their constant jokes and remarks at each others' expense, Boycie and Marlene's marriage is strong. If only he wasn't, as Del puts it, "a jaffa"... 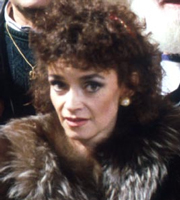 The long-suffering wife of Boycie, Marlene has developed somewhat of a taste for the finer things in life. She was a bit of a go-er when younger, but her expensive lifestyle means she'd never leave her husband - after all, who else would be able to afford her keep?

After years spent pining for a child, and treating her beloved dog Duke as a surrogate offspring, Marlene eventually fell pregnant with baby Tyler. 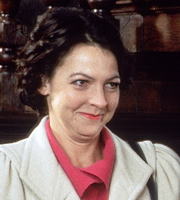 Rachel Turner, an aspiring actress, model, and occasional stripagram and magician's assistant under the stage name Raquel, first encountered Del via the Technomatch Matrimonial Agency in 1988. Del was enamoured, but after an unfortunate misunderstanding they lost touch as she went to America for work, only to be reunited a year later in Margate.

Love soon blossomed between the pair, and Del moved her into Nelson Mandela House as soon as possible. They had a son, Damien, in 1991. 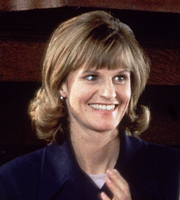 Quiet and shy Cassie, Rondey's wife, first made an impression on the younger Trotter at a computer training course. Their relationship has had some serious peaks and troughs - including a trial separation and a miscarriage to cope with.

Cassandra's commitment to her career, although driving Rodney to distraction, has resulted in her promotion to head of small business investment at the bank she works for.

After trying desperately for many years, Cassandra and Rodney were finally blessed with a child in 2003. 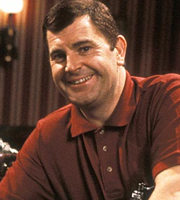 Mike, landlord at the Nag's Head, is not fundamentally dishonest, but can't help being drawn into his regulars' (and more often than not, Del's) dishonest schemes.

A loveable and generous character, he was ultimately too easily lead for his own good, and ended up being sent to prison in 2001.