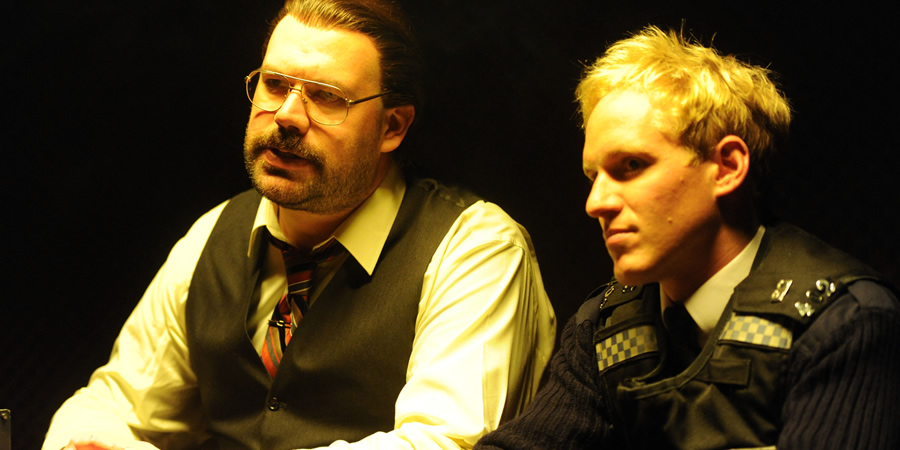 Bruno Tonioli, local restaurateur, has been found dead in his own establishment, seemingly murdered. Ex-wife Darcey Bussell is a suspect, but Sleet thinks the Carr brothers have greater motive. Made In Chelsea's Jamie Laing is on the case.
Preview clips

DI Sleet enlists the help of Made In Chelsea's Jamie Laing to solve the latest high-profile murder. They learn that local restaurateur Bruno Tonioli has been shot in a brutal murder that has all the hallmarks of a gangland killing. Laing is put through his paces as he and Sleet meet three sets of suspects: the Carr Brothers, Darcey Bussell and Harry Styles and his gang.

After meeting the suspects, it's time for Jamie to decide who killed Bruno Tonioli. Have you been paying attention? Did you spot enough clues to work out who the killer is?

A sneak look at a scene from the first episode.

Jamie Laing attempts to interrogate Jimmy Carr but he doesn't appear to be getting very far. Meanwhile, DI Sleet and Alan Carr discuss Carr's whereabouts the night of the murder.

Jamie Laing gets inside the murderer's mind

Jamie Laing is helping DI Sleet with the case.