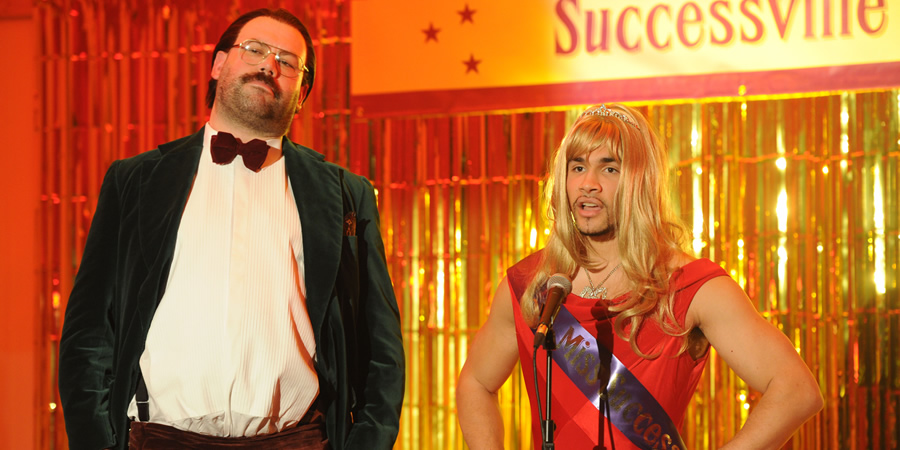 Who killed pharmacist Lindsay Lohan? The three suspects are:

Vladmir Putin, the local gym owner who loves working out with the boys.

Kim Kardashian, a convicted psychopath who has already killed five people for being prettier than her.

Russell Brand, a local purveyor of bric-a-brac and host of the Successville Beauty Pageant.

After meeting all three suspects, it's time for Louis to decide - who killed Lindsey Lohan? As ever in Successville, it's a matter of life and death as Louis attempts to catch a killer. Have you been paying attention? Did you spot enough clues to work out who the killer was?

Sleet and Louis Smith go to meet Lily Allen, who has information about the killer... but will they get the information in time?

Louis Smith is about to interrogate Kim Kardashian, but does he have what it takes?