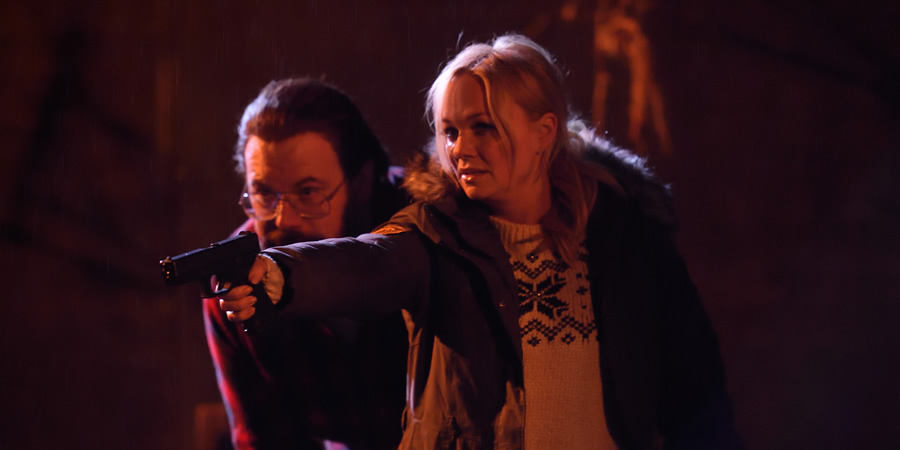 D.I. Sleet is joined by Spice Girl Emma Bunton. Our detectives learn that James May, a cop from North Successville, has been murdered.

There's been another murder in Successville. This week D.I. Sleet is joined by Spice Girl Emma Bunton.

Our detectives learn that James May, a cop from North Successville, has been murdered. The duo head out of the city to help hunt for the cop killer. May's police partner Jeremy Clarkson explains the details of the crime, while Sleet takes a shine to Chief of Police Nigella Lawson.

Bunton and Sleet learn that Det. James May was investigating three local residents or Northern Successville - did one of them kill for revenge? The pair have a long road ahead as they set off to meet the three main suspects:

Katy Perry - who runs a North Successville diner. Sleet and Emma go undercover as restaurant critics, to try and look for clues. Katy's strange behaviour freaks out Emma, but will she think she is crazy enough to murder?

Ian McKellen - They interrogate local fisherman McKellen at North Successville docks. It becomes clear that Ian is forgetful and this frustrates Sleet, Emma is left on her own to try and seek the truth.

Louis Walsh - A former cop thrown out of the force, Louis is down on his luck after he had his hunting license taken away. Was Louis unhinged enough to resort to murder?

After meeting all three suspects, Emma and Sleet are forced to bunk down in the woods because of an approaching storm. Unfortunately a noise outside soon disrupts their cosy night in by the fire - could it be the murderer? Sleet and Emma investigate and come face to face with the killer.