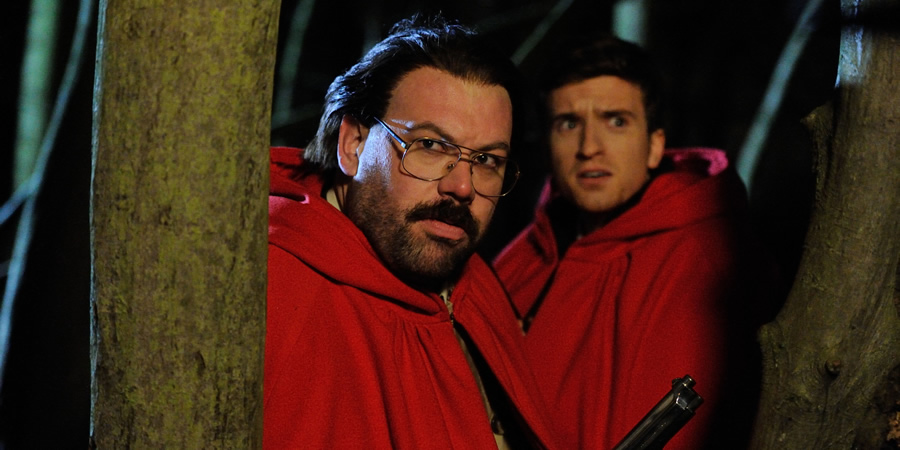 Greg James is put through his paces as he and DI Sleet meet three suspects:

The Reverend Gary Barlow - Successville's man of the cloth who works at the Church of the Actual Madonna. The Reverend tells the detectives about a mysterious 'anti-sin' cult operating in Successville.

Casino owner Justin Bieber - Reese owed Bieber money, she died heavily in gambling debt. Was this enough motive for Bieber to take her out, to send a message about people who didn't pay their debts? Greg goes in tough to try and find out.

Strip club owner Mary Berry - owner of Successville's male only strip club Soggy Bottoms, and professional rival to Reese. Did Berry have something to gain from getting Reese out of the way?

Sleet takes the role of a Mexican Gangster as he puts Greg James through his paces, in a hostage situation.

Sleet calls his ex wife only to find another man at the end of the phone. Greg then has to play along so as not to give the game away.