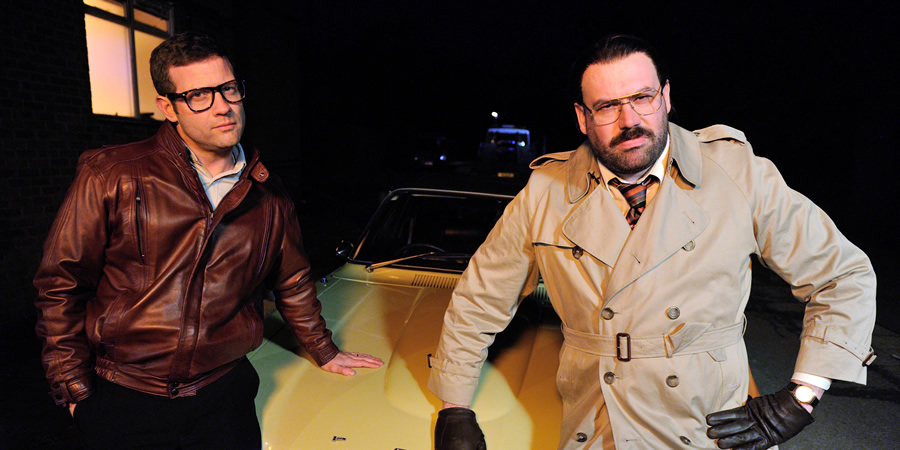 Series 1, Episode 4 - Mayor The Force Be With You

Who killed Amanda Holden, who was the PA to mayor Simon Cowell?

After meeting all three suspects, Dermot and Sleet get a tip-off that Mayor Cowell has been moved, and they only have minutes left before he is blown to pieces. They learn that to diffuse the bomb they must type in the name of the kidnapper.

Has Dermot seen enough to get it right? Have you been paying attention? Did you spot enough clues to work out who killed Amanda Holden and kidnapped the mayor?

Miley Cyrus asks undercover Dermot O'Leary to give a talk to the elderly about ships in bottles.

A member of the force is leaving and Sleet asks Dermot O'Leary to start the surprise party... things don't go quite according to plan.