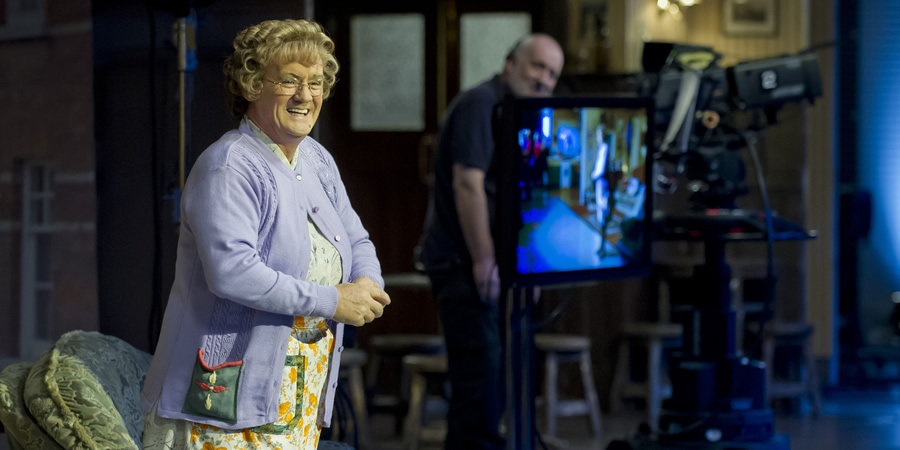 Agnes Brown is her usual meddling self, in this first ever live broadcast of Mrs Brown's Boys. When Agnes discovers that Mark and Betty are having bedroom problems, she takes it upon herself to help. Meanwhile, as Dermot's business grows he has a difficult decision to make about his best friend Buster.
Preview clips

Despite being broadcast live, this is the most-recorded episode of Mrs. Brown's Boys to date, having been filmed during two rehearsals on Friday 22nd July, and one earlier in the afternoon before the live broadcast.

The trailer for the live broadcast of Mrs Brown's Boys.

Brendan O'Carroll and director Ben Kellett talk about preparing from the live episode.

Mrs Brown does the trust test

Winnie trips over her words

Mrs Brown and Winnie are at the bar when Winnie trips up on her lines.