The Clue Of The Savant's Thumb

Jonathan and Joey are drawn into a complex case involving a secret society, seemingly supernatural events at a girls' boarding school, and the miraculous disappearance of a body in front of three witnesses.
Preview clips 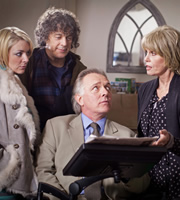 When a dead body impossibly vanishes from a locked study it is only the first in a chain of dark mysteries confronting Jonathan Creek and self-styled paranormal investigator Joey Ross.

Writer, producer, political campaigner and all round polymath Franklin Tartikoff is one of the country's most eminent intellectuals. But tragedy and horror are about to engulf the vast old country house he shares with his beautiful wife Rosalind, and their adopted daughter Fariba.

On the day that Fariba returns from a spiritual journey to the remote Far Eastern island where she was born her mother is attending the funeral of an old school friend... an event that will unleash disturbing memories of a classmate whose macabre death, 50 years ago in the school dormitory, was never explained.

Today, Waxwood Hall convent school lies eerily empty and derelict. But as Rosalind Tartikoff revisits her childhood haunts she finds that ghosts from the past still stalk its gloomy interior. Now a lecturer in Humanities and Modern Philosophy, and an avowed religious sceptic, how can she bear to admit - even to herself - that as a rebellious teenager in the Sixties she once had a miraculous vision of God?

And when her life is ripped apart by the shocking death of her husband, and a disappearing act that appears to defy the laws of science - the very fabric of everything she believes in - there is only one person she feels she can turn to... who, in a world of "gods and spirits and magic and miracles can still fly the flag for common sense".

A grisly murder, the macabre history of a Catholic girls' school, a sinister local society and a series of increasingly puzzling, interlocking clues form the backdrop to another weird and wonderful case for Creek and Joey - where this time they find themselves merely junior players, in an inquiry spearheaded by the flamboyant and indomitable detective inspector, Gideon Pryke.

An inquiry whose resolution will prove infinitely deeper and darker than any of them could have imagined... 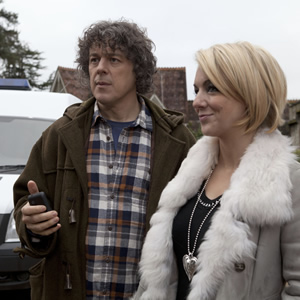 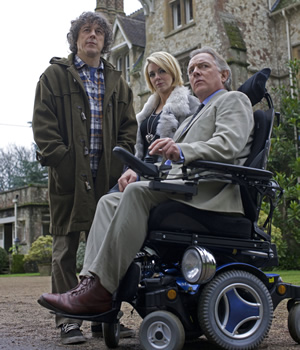 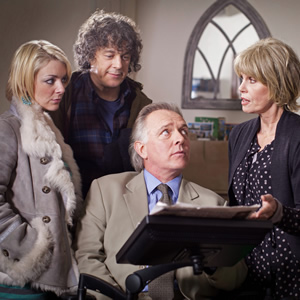 This episode was subject to a last minute rescheduling from an originally planned and listed transmission time of 8:30pm.

Joey thinks she has a lead for Jonathan, so she takes him to a farm to talk to Brad...

A Call for Jonathan Creek

When a corpse impossibly vanishes from a locked study, it is only the first in a chain of dark mysteries confronting Jonathan Creek.