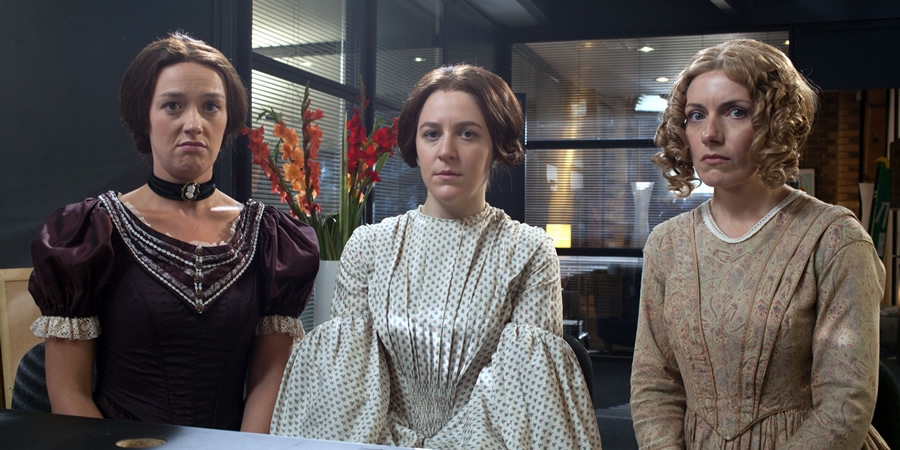 As part of the BBC's #Lovetoread campaign, the award-winning Horrible Histories returns to look at some of literature's greatest works and history's wackiest writers.
Preview clips

As part of the BBC's #Lovetoread campaign, the award-winning Horrible Histories returns.

In its own distinctive and irreverently accurate style, the episode takes a look at some of literature's greatest works and history's wackiest writers, from Stone Age times, right up present day. We learn how a party at Lord Byron's house led to the writing of the Gothic masterpiece Frankenstein, and how Charles Dickens was the Harry Styles of his day. We meet The Bronte Sisters trying to get a book deal, and Roald Dahl enters the Great British Bake Off with a worm cake.

Spanning 3,000 years of recorded history, we take a look at the funny and ridiculous ways some of our finest writers cured their writing block - did you know Tennyson used to pretend to go the loo as a party trick? Or that DH Lawrence would climb mulberry trees in the nude to stimulate his imagination? And there's a celebration of brilliant female writers, with Malorie Blackman, Enid Blyton, Jacqueline Wilson and Beatrix Potter getting on down, Little Mix stylie.

Plus, of course, our trusty host Rattus to guide the way.

Jacqueline Wilson reacts to seeing a version of herself in the Horrible Histories Staggering Storytellers song.