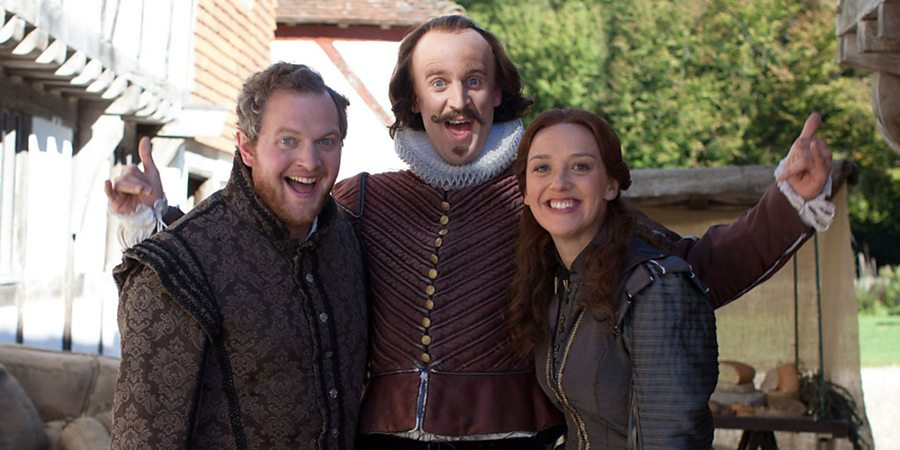 A special episode delving in to the life and times of the world's most famous writer: William Shakespeare.
Preview clips

Tom Stourton stars as the Bard, as we find out about his humble beginnings, his glove-making father and his early life as an actor. How did he climb to become a royal favourite? And what was it like to be in the audience of one of his plays, where fruit was thrown at the stage, it was illegal for women to act, and there were no toilets?

The episode is a look at the life and times of the playwright William Shakespeare - from his largely unknown and humble beginnings in Stratford, through his times as a jobbing actor in London, to his success as the country's most respected and financially savvy writer. Along the way we meet his gang of London friends - the playwrights, poets and brawlers Marlowe, Jonson and Spenser. We also explore the social history of Britain and the world, and how, if you wanted to avoid the plague, it was important to eat your none-a-day portion of fruit and veg.

This episode has a special guest appearance from Miles Jupp.

See what happens when William Shakespeare visited a modern day school to talk about his writing.

William Shakespeare can't even walk down the street without people quoting his work.

What to eat to avoid disease

Want to keep disease away? Then eat none-a-day!