Liberally splattered with guts, blood and poo, the first series of Horrible Histories romped through all the ages in a collection of sketches, cartoons and quizzes in 2009.

Victorian Dragon's Den, Historical Wife Swap and Ready Steady Feast are among the spoof shows in the second series. The comedy songs were back by popular demand too and included the toe-tapping number Spartan School Musical and a Charles II song (with a nod to Eminem). Those making cameo performances included David Baddiel and Alexei Sayle.

The third series covered every era from the Stone Age to the First World War, with new additions including terrible tales from the Angry Aztecs, the Fabulous French and the Nasty Knights. The series also featured a devilishly difficult ditty which features every Monarch from William the Conqueror to Queen Elizabeth II; plus an Adam Ant style homage to Dick Turpin, and songs about suffragettes and bad emperors.

As part of the BBC Proms season, the multi-award winning team joined forces with the Aurora Orchestra to create The Horrible Histories Big Prom Party - a romp through the story of classical music.

Find out how historical figures such as Dick Whittington and Robert the Bruce get on pitching movies about their life story, and which Historical Apprentice teams will find out they're fired. The stars of The League of Gentlemen guest star too!

Christmas is a time for charity, hope and goodwill to all men - but for Horrible Histories it's a time of farting jesters, finding bacon in your Christmas card, and having your dinner confiscated by Oliver Cromwell!

The fifth series of Horrible Histories was broadcast from late Spring to early Summer 2013. At the time it was thought the show was going to stop there, so it ended with an epic final song.

Special themed episodes of the show, marking Valentine's Day and the 100th anniversary of World War One.

The series returned with a revamped cast, with each of the episodes themed around a particular famous person from history. 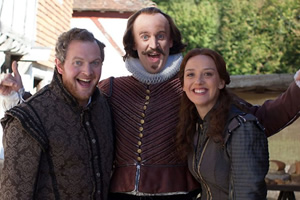 A one-off episode to celebrate Shakespeare, another as part of the BBC's #Lovetoread campaign, and one marking the 350th anniversary of the Great Fire of London. 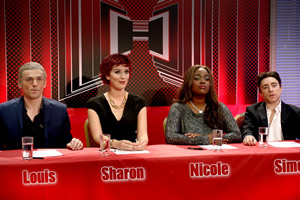 The show is back for a brand new series. Henry VIII, Florence Nightingale and Louis XIV are amongst those featured.