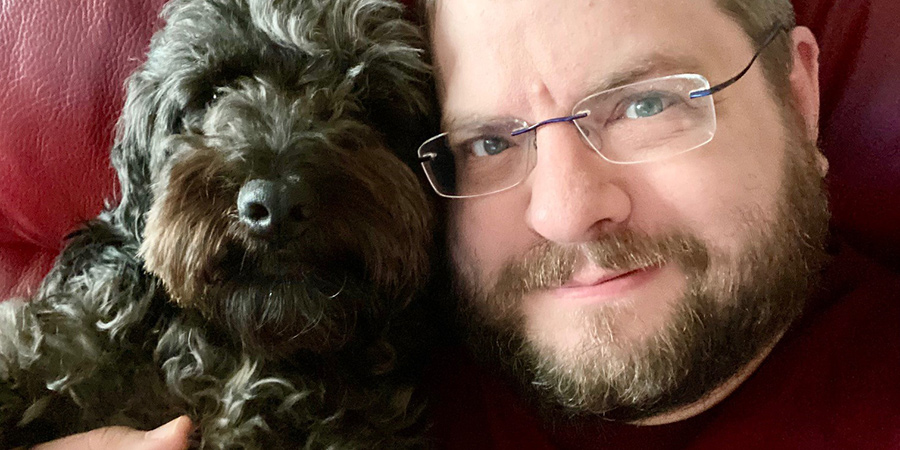 Nova Jones is a comedy adventure series for CBBC which orbits around an 18 year-old pop star and her 12 year-old sister and manager, as they go on a concert tour throughout the galaxy.

We caught up with head writer Andrew Ellard, who talks us through how they created and scripted the show.

Hi Andrew. We've crossed paths a few times over the years. How long have you been working in comedy now?

I went to work for the makers of Red Dwarf in 2000, writing the website and making bonus content for the DVDs. The sadly-never-made Red Dwarf movie was in development then, and I was asked to feed in some notes. Doug Naylor said they were the best notes he'd ever had - which is one of those moments where you just glow, me being a fan of the show and thinking he'd hate to be criticised. Instead, it encouraged me to send the even more candid notes next time...

So I became Doug's script editor for new Red Dwarf, the Dave era. And I also got offered the chance to consult for Paul Jackson's comedies at ITV. Which led to everything else - The IT Crowd, Miranda, Detectorists, Dead Pixels, Chewing Gum, In My Skin... I worked for good people who recommended me around and I went freelance.

So your latest role is acting as head writer on Nova Jones. What's the show about? 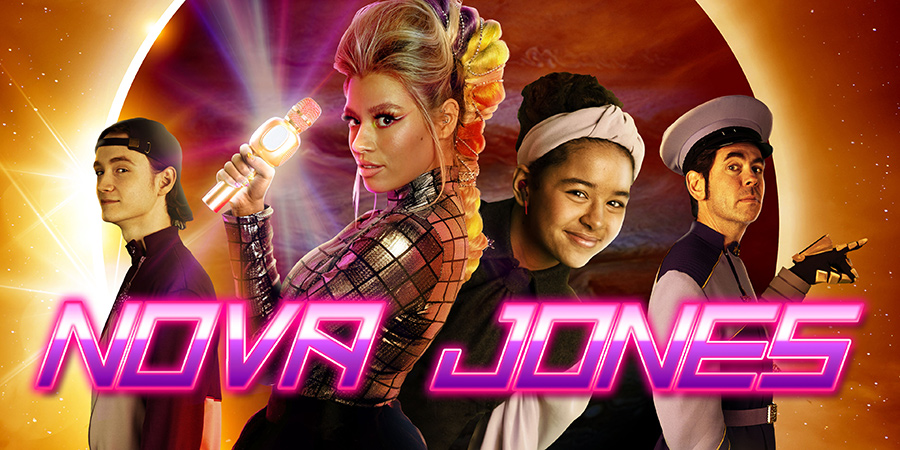 It's a sci-fi-sitcom-musical! Literally everything I've ever wanted to write in one!

Nova is the biggest star in the sky, a super-mega pop diva with who tours in the Jefferson Spaceship. She's managed by her little sister, the hyper-organised McLaren. And really the show's about that central sibling relationship - they have very different ways of seeing the universe, and one of them has a toddler's temper.

They're assisted by The Captain of the North, their low-energy pilot, and his first mate Sid, who's an energetic enthusiast. Plus a smattering of bizarre crew, regulars like composer Kid Songwriter and alien journalist Bobbles Smithsonian, and guest stars.

How did the project come about?

Then, as they were looking for writers, Cheryl Taylor at CBBC contacted me and asked if I'd write it. The show needed a sort of high-energy, farcical style - big story moves, scale despite the sitcom setting - and I think knew that, between my obsession for sitcom and my time on Red Dwarf, I'd be powerless to resist. 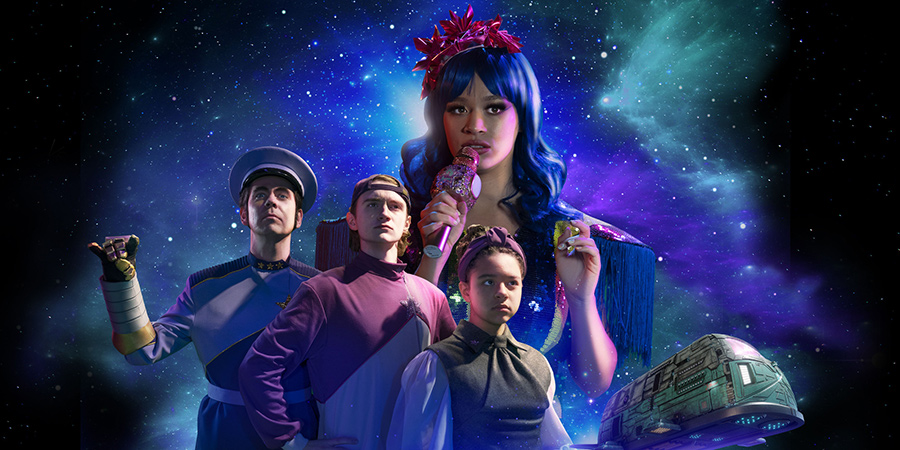 So, as head writer, what did your role involve?

The first job was to take the existing material - it had been tried a few ways and they had a lot of bits and pieces, even a few scripts - and make it work as the show we all agreed we want to make.

I worked on a lot of rewrites of Nova Gets the Feels as a sort of prototype. We did big expensive versions and small, specific versions, we had versions for older and younger viewers. The girls weren't even sisters until later. All sorts of experiments. Until we landed on a sweet spot.

Which was hard work at the time, but now I think we were so blessed with that experimental time. It meant that, when we went to series, I really knew what to do with the stories. You knew what the DNA of the show was and could clone episodes forever because it was working.

I wrote six of the first series myself - two based very significantly on Helen's material, and she stayed with us to consult on things to keep that magic in the mix - and the other four were by Julia Kent, Alex Collier and Esther Bishop.
We had a two-day workshop with everyone, and the best pitches became episodes. Which sounds straightforward, and really shouldn't it be? The writers would work up scene-by-scene outlines - we did a lot of that in close consultation, hopping on calls to kick the shape around so we all felt that they were working - and then go to draft. 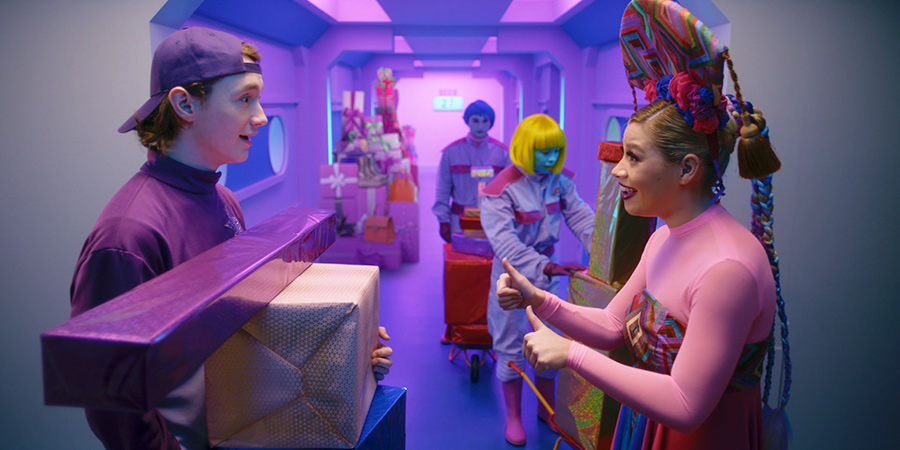 How long did the Nova Jones scripting process take in total?

The main period was from October 2019 to June 2020. The guest writers were all on three drafts and a polish, but that kind of undersells how invaluable the outlining stage was, which always had multiple goes.

The script editor and I really tried to get the stories confident to the point of being cocky before going to draft. Ideally the writing itself gets to feel bit more like skiing downhill that way, even if you did spend a lot of time climbing the mountain first.
But I'm cheating with that answer because a) those pre-writers room episodes took a lot of time to nail, and b) I was on as head writer all through shooting, so I could accommodate production difficulties. We shot in the midst of pre-vaccine Covid and that costs time.

I secretly quite like the practical fixes. You have a sort of renewed energy - the heavy scripting is done and now you have one hour to solve a set problem on the page. We found way more new jokes that way than I expected.

People have commented that, in the last couple of decades, comedy aimed at children has 'grown up' and stopped being patronising. Do you have any thoughts on this?

I think kids can detect insincerity. Or rather, I think they have a lower tolerance for it than adults. In an adult drama you can kind of squeeze through a plot development - a thing a character would never do - with enough explanatory dialogue. You shouldn't, it's not preferable, but you can. Do that with kids and they disconnect. The show feels like it's cheating.

It's a big, colourful, silly show, but I hope Nova Jones is written with the same sincerity I bring to any show I work on - flawed and interesting characters trying to make life work.

But also, I grew up on Maid Marian And Her Merry Men and Press Gang. Just wonderful sitcoms for kids, I still revisit Maid Marian now. If kids enjoy Nova as much as I adored Maid Marian, I'll be thrilled.

So I don't know if things have changed or if it just depends what you watch. There's no reason that kids' TV shouldn't please the parents, too. 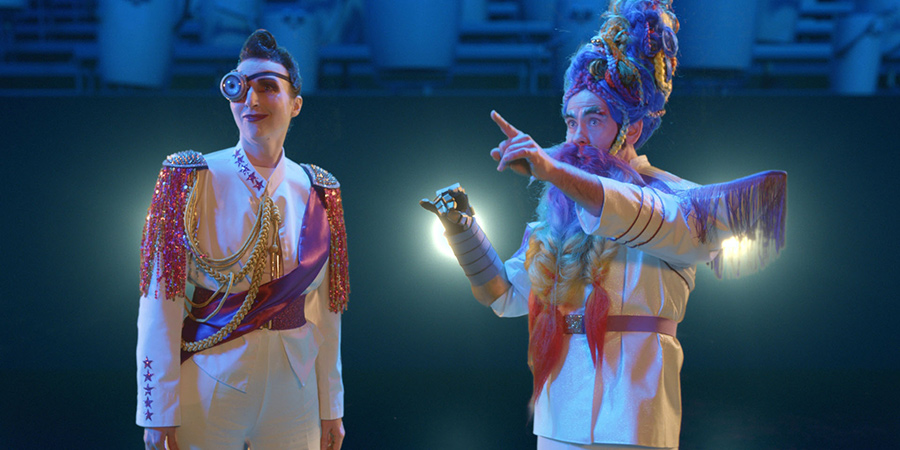 How does things differ writing for CBBC compared to, say, a 10pm Channel 4 sitcom?

I had to avoid swearing obviously. But other than that, every show is its own mini-genre.

There are things only your show would do, whether that's Fleabag or Miranda. (And obviously there's something both of those shows do that most wouldn't.) Once you figure out that show's style, tone and rhythms, the job is to be true to what the show is and who the characters are. And I don't know a good sitcom that doesn't basically fit that model.

Katie Davies is the show's script editor and always with me, as I work with the other writers, but also as a sounding board for me when I get stuck or want to explore an idea.

I love notes that help you find the best way to go, but I especially love those back-and-forth chats. Notes can be cold, remote, or you can read them and realise we're talking about different shows - something about live discussion can help you calibrate quicker, get on the same page.

What are you most proud of in regards to the series?

Triple Threat Nova is maybe my favourite episode, where she plans to become a movie star, but annoyingly it has to go out late in the run because it refers to a lot of past episodes. I think that's the funniest thing I've ever written.

I'm really proud of Episode 1, Friends of Nova. That's a proper 'episode one' without it being dense with set-up - it benefitted hugely from a lot of the series being scripted before we decided to do it. It also has a finale that honestly makes me well up a bit. A real punch-the-air sequence.

Presuming you get a second series, what would you be looking to change/add, if anything?

Not so much add or change as 'do it again but even better!' I think we really have the show worked out - I hope kids feel the same, but I know our own families have been loving it - but you always want to top the big emotional moments, the big laughs. Bigger! More!

I do want to get better at writing sci-fi things we can do within the small budget we have - I try so hard not to ask for more than we can physically do, and JAM really rose to a lot of challenges. But when even 'they look at the screen' or 'the ship flies ahead' costs FX money, you have to be crafty. We build a big universe on what we have... but I think we can make it feel even bigger. 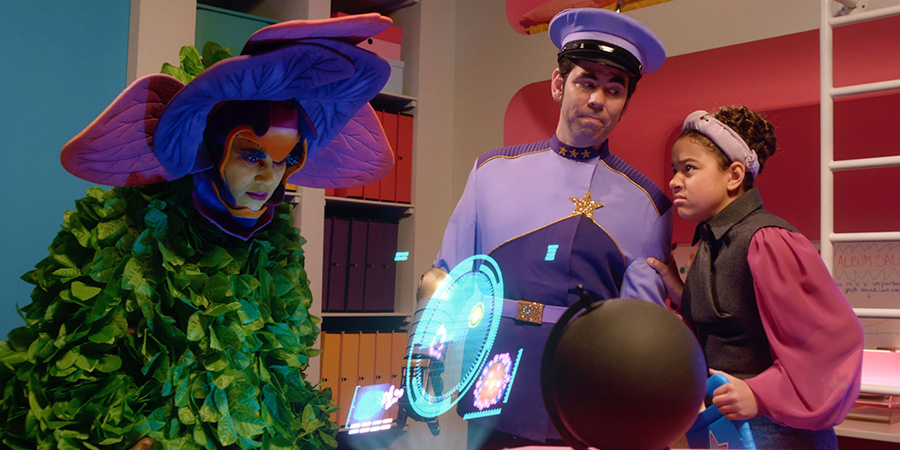 What's next for you? As a freelancer, creating a chain of jobs to follow on from each other must be tricky, but important?

I've been very lucky to have companies, producers and writers who want me back. And I am attached to Expectation Entertainment right now doing development on their shows, which has led to some wonderful things.

As it happens I've been cowriting another series - a sitcom for grown-ups - that shoots in October, and that's had hold of me since Nova ended. That was co-writing in a loop: someone else's creation, again, but this time passing drafts back and forth, doing a lot of Zooms. I enjoyed that process a lot, and it achieved that thing of quickly getting me and the creators on the same creative page. I really hope I get to do a lot more writing that way.

Lastly, for any comedy writers reading this, what tip or tips could you give them in terms of something they could do to easily improve their scripts?

Flawed humans are at the core of sitcom. What's wrong with us? We watch to see our flaws made funny. A lot of main characters are analogies for the writer, which is fine so long as - like Larry David - you know that you're your own worst enemy. If you think you're basically fine but everyone else is at fault, and you write yourself that way, that's stand-up more than it is sitcom.

Also: midpoints. There's no one way to write a story and no advice is always true, but the fix I see needed most often is a story eventually starts to... wear out. A character trying to do the same thing in different ways becomes tiring. Really it's half a story and sometimes people try to get a full half-hour from it.

Ideally you need things to change and develop - somewhere in the middle those efforts cause a new, unexpected development. Your hero goes from wanting a thing to being sick of it, or from loathing someone to loving them. It shifts the premise. And that becomes fuel for the second half. Suddenly you're talking about the same ideas from a new angle, and likely with higher stakes, and it just electrifies everything. Any tiredness drains away. Like finding a new episode hidden inside the one you'd begun to predict. I love a midpoint.

Nova Jones is on CBBC on Wednesdays at 5pm and the series is available on BBC iPlayer.