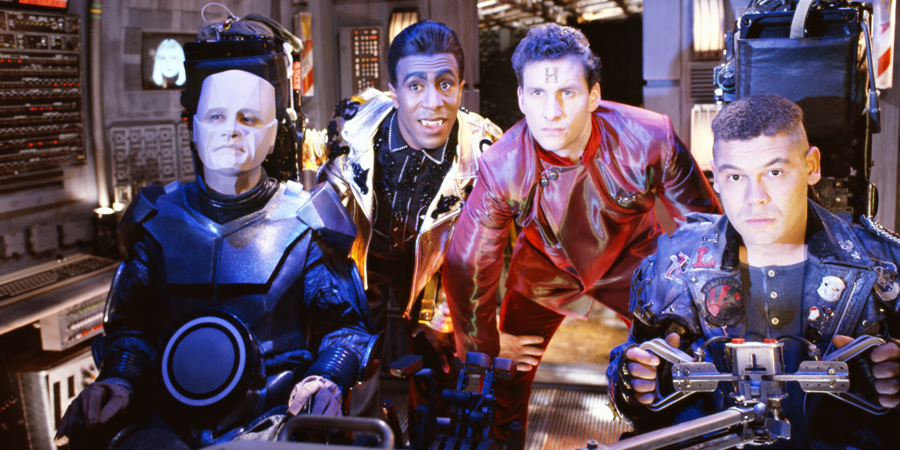 Science fiction sitcom based in space. The crew aboard the damaged mining spaceship Red Dwarf are doomed to drift in space for the rest of eternity

Following a catastrophic leak of radiation aboard mining space ship Red Dwarf, technician Dave Lister finds himself as the last living human. Having been held in a form of suspended animation known as stasis at the time of the leak he was shielded from its fatal effects whilst all of his colleagues were turned into piles of dust.

Now, some 3 million years later with background radiation at a safe level, the ship's computer Holly has revived him in readiness for the long journey home. However, Dave's not quite alone: his arch-nemesis and workmate, Rimmer, survives as a Hologram; as does a descendant of Lister's own pet cat, called Cat; and Kryten, an emotionless android.

Red Dwarf follows their adventures across the universe as they attempt to get back to Earth and discover whether Lister really is the last surviving human being.