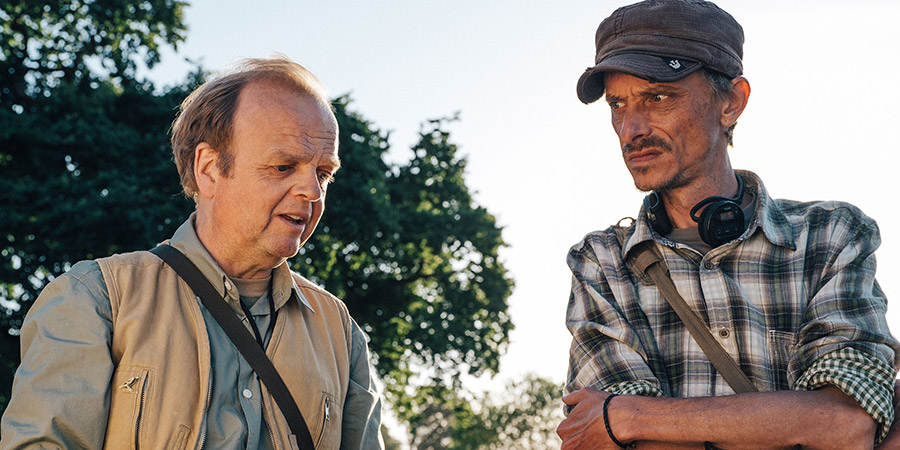 Detectorists follows the relationship between two friends who share a passion for metal detecting.

When Andy and Lance are together, they're like an old married couple. They gripe at each other, but there is a true bond underneath. Each has their own slightly dysfunctional lives but together they dream of finding a priceless Saxon hoard that will cement their place in detecting history.

Helping them along the way is a delightfully quirky crowd of characters who are drawn to this all-absorbing hobby.

Across the first six episodes greed, betrayal, rejection and, finally redemption are all played out as the boys and their eccentric friends at the Danbury Metal Detecting Club search for that one big find.

Series 2 starts a whole year on. Lance is lovelorn after the departure of his ex-wife, but just maybe he is about to surprise everybody with a new relationship...

Meanwhile, Andy and his wife Becky are now proud parents, facing all the responsibilities that brings, but despite qualifying as an archaeologist, Andy is still mostly unemployed and their shared hopes for the future look further off than ever.