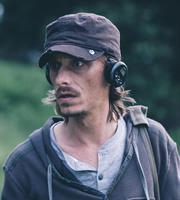 Andy is a newly qualified archaeologist and a full-time metal detectorist. He wants to be a professional archaeologist, but now he's finally completed his studies, he's struggling to find work. In the meantime he's content to make his way through life doing a spot of agency cleaning and other jobs to pay the bills.

He lives with his long-term girlfriend Becky in the new bit of Danebury, a small town in North Essex. His dream is to discover the resting place of the greatest and richest of the East Saxons, King Sexred, but the dream seems as out of reach as ever. 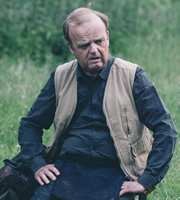 Lance is Andy's best friend, a fellow stalwart of the Danebury Metal Detecting Club, and if possible, even more of a committed detectorist.

A font of all knowledge - technical, historical, trivial, you name it - he spends as much time as possible out in the fields around Danebury. It's difficult to see how his marriage to Maggie could ever have worked, but in Series 1 he still holds a candle for her, even though she ran off with a local pizza restaurant manager, Tony.

In Series 2, Lance has moved on and is no longer pining to get Maggie back. In Series 3, at home Lance is surrounded by women. His daughter Kate is staying in the spare room and causing chaos, his girlfriend Toni lives on a barge which sea-sickness prevents him going anywhere near, and an unwelcome blast-from-the-past threatens to up-end everything. 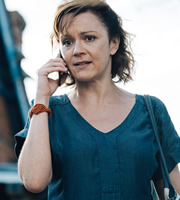 Becky, a teacher at the local primary school, slightly despairs of Andy's hobby and the amount of time he spends in Lance's company. But she forgives him because she loves him.

She finds Lance a bit irritating but is prepared to put up with his company when the three of them regularly trounce the opposition at the monthly Two Brewers pub quiz. Knowing the longest river in Azerbaijan is what a geography degree is for, after all.

Now a mother for the first time, she's increasingly frustrated with her work and wants to volunteer in Africa. She is desperate to move out of her mum's place and make a home with Andy and two year-old Stan. She optimistically plans for the future but nothing is going to be simple when your husband is a dreamer. But she loves Andy and has long-since made her peace with his eccentricities. 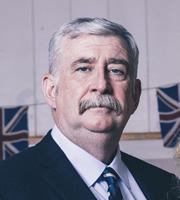 The DMDC is run by retired policeman Terry. He knows an awful lot about the history of buttons, but has a lot of other active interests besides metal detecting; he and his wife Sheila do a lot of tango, for example.

Terry is an advocate of doing as much research as possible on a site before actually heading out to do any detecting. 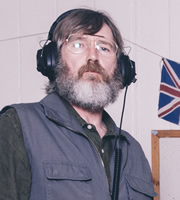 Russell is one of the regular attendees of the Danebury Metal Detecting Club meetings.

He noticeably sits up a bit straighter and smartens himself up when Sophie initially arrives at the club.

In Series 2, he heads up a new DMDC service to find lost jewellery. 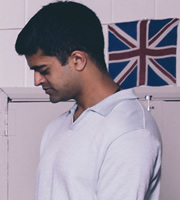 Young Hugh is another of the members of the Danebury Metal Detecting Club.

He only has a basic metal detector at the moment, and the spoon that he put on the 'Finds' table wasn't particularly well received.

Hugh is quiet and timid, largely working alongside - and rather underneath - Russell. It's un-clear if he has any other real friends, but it's unlikely. 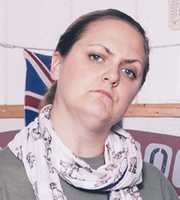 Louise is a no-nonsense member of the Danebury Metal Detecting Club. She is not afraid to speak up when she thinks a DMDC plan isn't going to work. 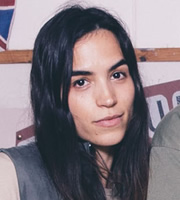 Varde is another member of the Danebury Metal Detecting Club, and Louise's girlfriend. The two seem inseparable, although Varde has barely ever uttered a word. 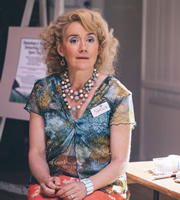 Sheila is Terry's wife. When she is not manning the light switch as Terry gives one of his dull talks, she and him go tango dancing or head to the pub for a couple of social drinks. 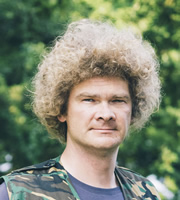 'Art' - real name Phil - is self-important, officious and almost certainly up to no good. He and accomplice Paul keep turning up on the same spot of land as Andy and Lance, leading to some rude words being exchanged between the two pairs.

Art and Paul keep changing the name of their group. They were formally known as The Dirt Sharks (Series 2), and before that The Antiquisearchers (Series 1), but are now Terra Firma. 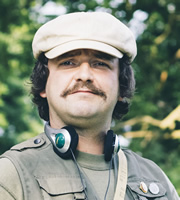 Paul, who is very quiet, is Art's detecting-mate and a fellow member of Terra Firma / The Dirt Sharks / The Antiquisearchers (they keep changing their name).

Paul and Art are definitely not metal detectorists acting in good faith in search of their next big find. Quite far from it. They bear a striking resemblance to Paul Simon & Art Garfunkel, which is why they've been given those names by Andy and Lance. Paul actually is called Paul though. 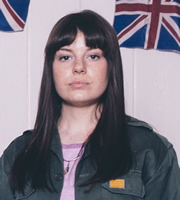 Young, pretty and interested in metal detecting and local history for her university course, Sophie befriends Lance and Andy and becomes the newest member of the Danebury Metal Detecting Club.

She seems keen to be involved, and is very happy to hang around with the two blokes. Is it merely the excitement of finding old buttons and ring-pulls, or is there some other motive at work? And why has Andy not mentioned his relationship with Becky?

In Series 2, Sophie's now a key member of the DMDC. When a young German man arrives in the town looking for a crashed WWII plane that his grandfather was on board, the two quickly strike up a warm rapport. 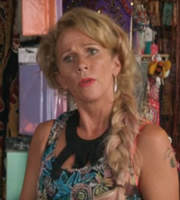 Maggie is the owner of the local spiritual shop.

It's difficult to see how Maggie was ever married to Lance... but she was. She ran off with Tony, but Lance still loves her... and thus Maggie exploited him by getting him to run all her errands.

In Series 2, Lance has finally managed to move on so we don't see Maggie any more. 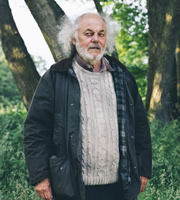 Bishop owns the land that Andy and Lance are convinced contains the final resting place of King Sexred. But Terry isn't convinced Bishop will let them search; Bishop's long been suspected of murdering his mysteriously absent wife Justine, although there's never been any hard evidence to let the police investigate.

Bishop seems a harmless enough bloke, although he appears to be convinced that he owns and exercises a number of dogs that only he can see. There's a lot of eccentrics in the countryside, but Larry Bishop seems to be more eccentric than most. 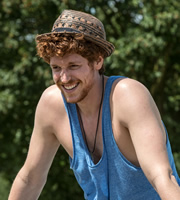 Peter, who is from Germany, arrives at a DMDC meeting one day to ask for the club's help. He is on a year travelling and is now in England trying to search for where his grandfather's bomber plane crashed.

There's something not quite right about Peter's story though. What's he up to?

Meanwhile, he and Becky appear to be forming a close bond. 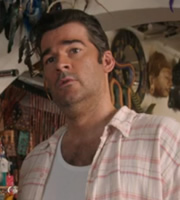 Tony, the manager of the local pizza restaurant, is now dating Maggie. Tall and strapping, Lance is no match for him in terms of physical attributes.

Tony is very lazy... he'll sit and watch football on TV, leaving Lance to have to take Maggie's mum to bingo.