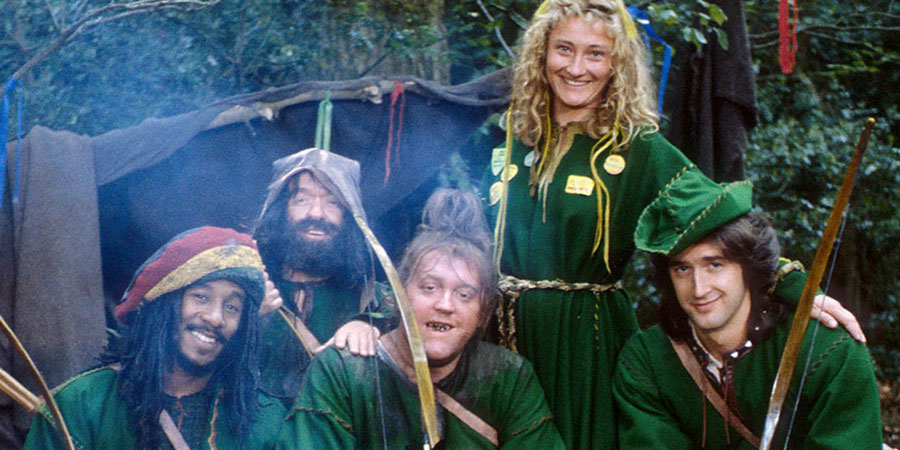 Ingenious re-working of the Robin Hood legend, placing Maid Marian as the real hero of the tale, and Robin as, actually, a bit of a wimp

Maid Marian And Her Merry Men sees a largely effeminate Robin led by the ever-wise and skillful Marian in revolt against the Sheriff of Nottingham, himself under constant order from the heartless King John.

The Sheriff is assisted in his terrorising the people of Worksop by slow-witted henchmen Gary and Graeme. From Series 2, King John also played host to his impossibly gormless and childish nephew, Guy of Gisborne, under threat from his fiersome sister, Guy's mother, Eleanor. It wasn't long before neither the King nor the Sheriff were sure if Guy or Robin was the greater foe!